Special edition devices is not a new concept. From the Google Play Edition HTC devices of the early-mid 2010s to Porsche Design devices, we’ve seen it all. 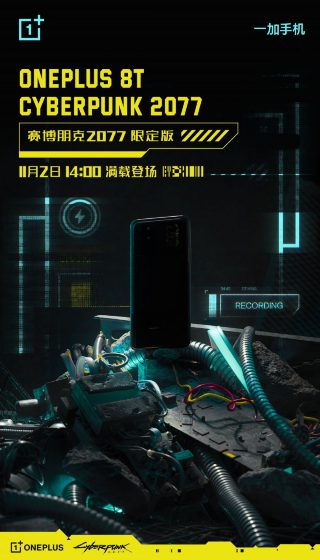 This device is a special edition, limited run souvenir for the upcoming Cyberpunk 2077 video game.

Of course, these were always going to be very limited and exclusive devices meaning not all people who would love to have it can get it.

Well, for these users, maybe there’s a way to get a little piece of the Cyberpunk 2077 OnePlus 8T on your existing device, all thanks to the Android community.

It was always going to be difficult, maybe even unlikely that any of the device’s exclusive features would make their way to the standard OnePlus 8T officially. Today, the Cyberpunk 2077 icon pack has been extracted from the special edition OnePlus 8T and made available for many other OnePlus devices.

As is the case with any unofficial tweak, there are bound to be a bunch of issues and this extracted Cyberpunk 2077 icon pack is no different.

A quick scroll through the social and you’ll come across users that have managed to make this work and another lot that hasn’t been quite as lucky.

Should you want to install this Cyberpunk 2077 icon pack on your OnePlus device, you can grab it from the links below.

02:30 pm (IST): Thanks to popular developers — linuxct and AndroPlus — interested users can get their hands on the OnePlus 8T Cyberpunk 2077 Edition wallpapers, sounds, and even boot animation. (Via)