Xiaomi is known for releasing new builds through their Chinese MIUI 12.5 beta testing channel as high as thrice per week. Such updates bring along new features with almost every release.

Of course, being a part of the beta channel means that the feature additions are kind of rough around the edges and need further refinements before being merged with the stable branch.

With the recent releases of MIUI 12.5 stable builds firstly for the Chinese variants and now for the global variants as well, it was thought that the feature additions to the beta branch would subdue in favor of optimizations and bug-fixes.

However, as Xiaomi has demonstrated on multiple occasions in the recent past, the OEM is not yet over with the spree of adding new stuff to MIUI.

The latest Screen Recorder v1.9.9 app update brings a new design for its floating overlay. This updated interface adds an option to directly access the screen recorder settings or its corresponding folder.

You can download this build through this Telegram link. Do keep in mind that the APK may not be installable on global ROMs.

Further, the Screen Recorder app home screen icon seems to have stopped working following the update – clicking on it now doesn’t open up the dedicated app.

This seems to indicate that Xiaomi might be doing away with the app altogether and instead limit its accessibility to the quick settings/control center alone.

Xiaomi has reduced animations for devices on the lower end of the price spectrum (Redmi Note 8, Redmi 9T etc.) with the latest Security and Weather app updates to improve performance. You no longer get the mesmerizing rain/cloudy weather effects with the latest update. But hey, it’s a small price to pay for smoother animations.

The Accessibility features that can be enabled from the MIUI Settings app have seen plenty of changes as well. You now get a new gesture to enable color correction. The menu for the color inversion points has also seen some changes.

Xiaomi has added a new way to automatically enable dark mode along with the existing method of setting custom timings on MIUI 12.5 beta.

This is done through the new option available under “Schedule Dark mode” that now allows the OS to switch to the dark mode automatically after sunset.

A similar feature is already available on stock Android and it’s great to see MIUI catching up.

This one’s rather odd. The latest MIUI 12.5 beta update has done away with the standard 12 hour format that involves the use of AM/PM and instead replaced it with a keyword denoting the time of the day, like ‘Evening’.

The latest beta update has also added a new Repair Mode that you can turn on before handing your device over to any service center. This mode essentially protects your personal data from prying eyes.

It is now possible to create ‘automatic combos’ in a game. This means that the game will purportedly handle itself. For example, in a racing game the buttons will be pressed automatically as programmed.

Last but not the least, there is a brand new charging animation when you connect your phone to the charging cable as shown below:

That said, stay tuned to our dedicated MIUI 12.5 update tracker to know about the status of the update for your Xiaomi/Poco device. 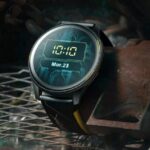 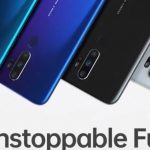