Case in point, the OnePlus 6 and OnePlus 6T devices from 2018. These devices run on Qualcomm’s Snapdragon 845 that was a beast back in the day and still remains powerful enough even in 2021. So much so that OnePlus plans to upgrade them to Android 11-based OxygenOS 11.

See, the OnePlus 6 and 6T are the oldest supported devices and with newer, more capable devices being launched by the company, it is expected that these devices get a little ‘neglected’.

Now, it is coming to light just how ‘neglected’ these devices have gotten. The fact that they still run on OxygenOS 10 aside, it appears that owners have a much more pressing issue on their hands.

I opened the play Store app and saw OnePlus gallery and messages app had an update. but it says they wouldn’t update. Is everyone facing the same issue or is it just me. If there is any solution, do help me out.
Source

Users of the OnePlus 6 and OnePlus 6T are now unable to update their first-party apps from the Google Play Store as the OnePlus apps are reportedly no longer compatible with their version of Android.

Those affected have to resort to hacks like getting the updated APK files from third-party sites like APKMirror and sideloading them, just to get the latest updates for these apps.

OnePlus support has blocked 6/6T running on Android 10 from updating Gallery, Messages, Phone and Notes. I don’t think they explained why they blocked updates. you will have to manually download those apks and sideload them if you wish to update.
Source

This is a pretty sorry state of affairs and something that shouldn’t really be happening while a device is still within the official support window.

While other OEMs are pushing to support their devices for longer, OnePlus is already dropping the ball.

To recall, we expect to see some Android 11 action for the OnePlus 6 and OnePlus 6T sometime in August, at least according to a OnePlus rep. At the moment, that is the only official lifeline for these aging beasts.

Of course, the custom ROM scene is still vibrant with various projects supporting the OnePlus 6/6T so users feeling alienated by OnePlus might want to try out the available options. 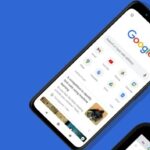