While OnePlus has since gone mainstream, producing some of the best Android devices in the market today for the masses, its roots remain firmly planted among the enthusiasts.

See, OnePlus has always been an enthusiast brand and even as it grows up, the enthusiasts, in form of the community, remain one of its core pillars.

Often times, we see the company carrying out surveys and engagement forums that are all geared towards getting user input into whatever the company is working on.

The company also runs Open Beta programs for many of its major updates to devices in a bid to get early user feedback before the software is rolled out to other eligible OnePlus devices.

In line with that, today the company is looking for users in the U.S, users that will take part in testing pre-released software in the future under the FUT Program.

What is the FUT Program you ask? Well, the Friendly User Trial or Friendly User Testing program is meant for users that would like to participate in testing and providing feedback on future updates for supported OnePlus devices.

Think of this as a Beta testing program for upcoming OnePlus updates. Aside from giving participants an early look at what’s coming, it also helps OnePlus to identify major issues and bugs at an early stage, fix them, and release more stable and better quality software builds.

Last year, we saw the T-Mobile OnePlus 6T and OnePlus 7 Pro Friendly User Testing (FUT) Program and this year, the same seems to be expanded to even more OnePlus devices.

To sign up, you must first register on this form, and in order to be eligible, you’ll have to meet the following requirements:

– Sign an NDA (Non-Disclosure Agreement) with OnePlus to be part of this program
– Be an active user to provide feedback and find bugs
– Be an adventurous user who likes to try new features and applications
– Be willing to constantly communicate and provide feedback to the OnePlus team
– Have a phone interview with a OnePlus employee.

This is exciting news for OnePlus users in the U.S who love to tinker with their devices and hunt for bugs.

We shall be on hand to update you as and when we get more info on this so you might want to stay tuned to PiunikaWeb for more.

IST 1:42 pm: OnePlus is once again calling on its users in the US to take part in the 2021 edition of the Friendly User Trial program. Tog sign up, users only need to fill in this form. For more details, check out the official announcement.

IST 11:45 am: Now, OnePlus says it is open to the idea of expanding the FUT program to users in Canada. However, this remains an exclusive to US users while the company continues to look for a carrier in Canada. 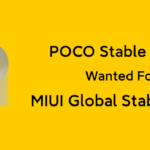 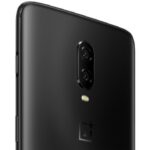