Realme 7i entered the smartphone market with a very specific aim to cater to the needs of someone with a tight budget.

The device brings every basic feature from Realme 7 but at a more affordable price with some minor cutdowns.

Launching with Android 10 out-of-the-box, Realme 7i was automatically eligible for the Realme UI 2.0 (Android 11) update.

In fact, it received the first Realme UI 2.0 build as Early Access back in February. It stayed there for further testings and two months later received the Open Beta program.

The excitement doesn’t seem to stop for Realme 7i as now the stable Realme UI 2.0 (Android 11) update is rolling out.

Even though the officials are yet to announce this, a user took to the community to share the good news with his peers.

The update carries the tag of “official” and comes with version C.05. The Open Beta build that rolled out a couple of days ago carried version C.04.

Going by the pattern, the update will first roll out to already signed up users and will later find its way to the ones who didn’t register, as a precautionary measure.

This is one of the fastest developments to take place when it comes to Realme. There are devices that are still awaiting an Open Beta program after being on Early Access for months.

This is also in line with Realme’s update rollout planner that was shared earlier.

IST 01:17 pm Just in, the official announcement post of the commencement of the stable Realme UI 2.0 (Android 11) update has gone live.

Realme 7i users will soon begin to find the stable update installation pop-up on their devices in the coming days. In the meantime, be sure to check out our dedicated Android 11 tracker. 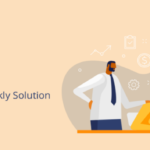