The Google Chromecast is one of the cheapest ways to a smart TV experience in your living room. And the Chromecast with Google TV sets the bar a step higher.

The latest Chromecast edition arrived last year and has so far been enjoying some good reception. Unlike its predecessors, you are for the first time getting a remote control in the box. To ensure the best experience with the remote, the Chromecast ships with Google TV on top of Android 10 TV. The streamer also ditches the old micro-USB port in favor of the latest USB-C.

But even with all the goodies it packs, it isn’t short of its own issues.

We’ve in the past highlighted issues with audio sync, 5.1 surround sound and Disney+ Dolby Atmos, intermittent video stutters (frame drops) on Netflix and YouTube, and so on. 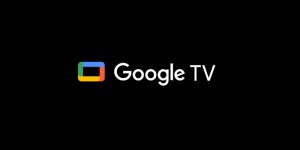 Google, as usual, has been listening and recently rolled out a new software update to the Chromecast with Google TV.

The firmware also installed a newer December 2020 security patch, but a quick look at the Chromecast support forums reveals that one annoying issue still persists.

I have 3 chromecasts with google TV, all attached to the same Google account. The continue watching list on each chromecast is different and inacurate. It only seems to pick up shows either that I watch from my Google library or occasionally from HBO max. It does not include any shows that I watch from Hulu, Amazon prime or Netflix. Even the google and HBO max shows are inconsistently updated.
Source

How do you update “Continue Watching” on Google TV/Chromecast? Only three shows showing on the “continue watching” section on the homepage. It Will not update.
Source

I want a Continue Watching line on my new device. It shows up in Google TV mobile app (Android), but not on Chromecast/Google TV.
Source

The reports above and many others in various forums aren’t exactly new. The Chromecast with Google TV has received at least one software update since the issue started showing up.

But we still have reports from as recent as today, meaning the issue still persists. Apparently, the full watch history sync bug affects the likes of Amazon Prime, Vudu, Discovery+, Peacock, and Movies Anywhere.

Although some Chromecast with Google TV users on Hulu, Netflix, HBO Max, VRV, and Philo say they can see their watch history in the Continue watching section, but there are plenty of others who can’t.

As of this writing, neither Google nor the devs of any of the affected apps has put out an official statement on this matter. Given how long it has been around, we hope that it’ll be addressed soon.

As always, we will be keeping an eye on its development and let you know when the issue is addressed. Stay tuned to PiunikaWeb. 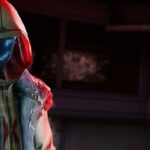 Rogue Company Day 2 rewards (daily login) not working/showing? It's a visual bug and company is aware