In 2013, the company’s first Chromecast helped usher in an era of streaming televisions, but did so by relying on third-party devices like your phone to supply apps and other content.

Things changed in 2014 though with the arrival of Android TV. This helped add an interface and TV-specific apps to the Chromecast.

Following this, things only got better for the Google Chromecast. The 3rd-gen model improved vastly on its predecessor’s shortcomings.

And the Chromecast with Google TV took it a bit further by introducing a re-branded version of Android TV known as Google TV along with 4K support and access to tons of apps without having to cast them from your phone or tablet.

That said, the dongles aren’t exactly free from issues. This is apparent from our previous stories where we highlighted 5.1 surround sound issues, the missing tabs problem, and the audio sync/delay bug.

And now there’s plenty of reports doing rounds from Chromecast users about intermittent video stutters wherein there are plenty of frame drops. The lags cause the video to look like it’s playing in a framerate that’s much lower than normal.

Certain videos stutter when I cast them. Other videos play fine. I have turned off 50Hz mode as others have suggested, but this has no impact.
Source

Video isn’t the only thing that is bugging out though as there also plenty of complaints about audio drops as well. Also, the issue persists across almost every app like YouTube, Netflix, Amazon Prime Video, and probably others too.

Moreover, users report that they have already tried stuff like performing a reset and switching HDMI ports but to no avail.

Furthermore, the issue seems to persist across all the generations of the Chromecast like the 1st gen and 3rd gen along with the latest Chromecast with Google TV.

If you are one of the users facing such issues, then worry not, for we got a few workarounds for you to try.

1. Switch over to 50Hz 1080i: A few users were able to work around the problem by switching over to the 1080i resolution.

I managed to resolve this issue (constant stuttering every 4-5 seconds in all the apps/shows) by switching to 50Hz 1080i after trying 60 or 50hz 1080p – in the chromecast menu.
Source

2. Check ‘Auto Motion Plus’: If you use the Chromecast with Google TV with a Samsung TV, then there’s one thing you can try.

If you have a Samsung TV, check if ‘Auto Motion Plus’ is enabled in the Display / Expert Settings, if yes -> disable it. I had frames dropped when watching EU content @ 25/50Hz while my CC is in [email protected], everything is now working fine since I disabled this setting …
Source

3. Check Windows power settings: A user managed to work around the issue by doing the following. Although this has only been reported to be working with Chromecast 1st gen, other users are free to try it as well.

That said, we are aware that the above workarounds are quite niched. But they were the only available and hence had to be included. We will continue to track the matter for fresh developments though and update the article accordingly.

And while there is no mention of video stuttering issues, it may be possible that there is an improvement. Let us know in the comments if this truly is the case.

01:30 pm (IST): The Chromecast with Google TV latest update offers the Advanced Video Control setting for refresh rate/resolution and many improvements. To know more about the latest update, head here. 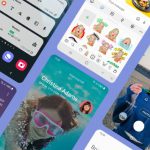 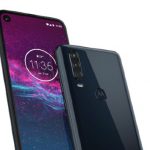