Apple recently released the tvOS 14.5 update for the Apple TV lineup alongside the iOS and iPadOS 14.5 updates.

However, this Apple TV feature is not working as intended with Spotify as not all connected devices are playing audio through AirPlay.

It must be noted that this issue first came to light last year when Apple was testing the tvOS 14 update.

Some tvOS 14 beta testers and regular users started reporting about this issue last year and Spotify started working on a fix.

The issue, however, got resolved after quite some time until the tvOS 14.5 update rolled out and it again came to light for some users.

While the exact cause of the issue is not known, it might not be related to tvOS but with Spotify itself.

This is simply because affected users have said that other apps like HBO MAX and more are working fine. The issue only occurs when audio is played on multiple devices with Spotify.

On the other hand, a Spotify community moderator has said that they will try to investigate the issue further.

However, there is no word on whether the issue has been forwarded to the relevant team or if a fix is being looked into.

Hopefully, Spotify acknowledges and addresses the problem soon as it is causing inconvenience to a lot of users. 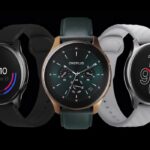