Apple’s microconsole and digital media player, Apple TV, has been around since 2007 and its newer generations run tvOS.

Apple TV used to run iOS but that changed in 2015 when the tech giant announced the tvOS 9 update for the fourth generation of Apple TV.

Apple recently released the iOS and tvOS 14.5 RC (release candidate) updates which further indicates that the final versions might start rolling out soon.

However, iOS 14.5 is among the incremental versions that had the longest running beta programs so nothing is certain until Apple releases the stable versions.

Apart from that, Apple also unveiled the sixth generation of Apple TV 4K pretty recently with a bunch of improvements.

Since the tvOS 14.5 RC is also available for the previous generation of Apple TV 4K, users are now checking it out for one of the said features.

The color balance calibration feature is gaining a lot of attention and several Apple TV 4K users are simply loving it.

While not everyone is taking a liking to the color balance feature, some users indeed want it to be brought to macOS.

It is only natural for users to root for features like color balance calibration to be brought on to the machine they use heavily.

This simply due to the fact that it allows them to adjust their screen colors manually or choose from optimized presets.

Apple’s macOS and tvOS have a lot of similar features but it is unclear whether or not users’ demand for the said feature will be fulfilled or not.

In the meantime, you can share your opinion about the addition of the color balance calibration feature to macOS by dropping a comment or casting a vote on the Twitter poll below.

That said, we will update this story with the poll results after a week.

The results are out and 58.3% users think that Apple should add the color balance calibration feature to macOS whereas 16.7% users do not want it. Also, 25% users do not care whether the said feature comes to macOS or not. 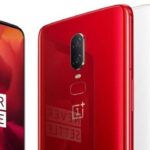