OTT platforms have enjoyed their fair share of profits at a time when the majority of the population stays inside their homes.

Paramount+ is one such over-the-top streaming service owned and operated by ViacomCBS Streaming which airs shows from a variety of genres.

With high viewership, Paramount+ enjoys a good volume of advertisements too. But at the same time, offers two premium packages in order to get rid of these ads.

But even after paying for the Paramount+ subscription, there are multiple instances on different platforms where users have encountered commercials.

One affected user on Roku forums posted that Paramount got back to them stating that they are aware of the commercials that are appearing on Paramount+.

To corroborate the claim, a user came forward to affirm that ads have disappeared for him.

But soon after that, came back to inform that the commercials are back, not as intrusive as last time but they are back.

The commercials have resumed…not as intrusive as before but they have returned. They did reply to the email I sent a day later after they had fixed the problem

From what it appears, the company is probably aware of the issue and may have even tried to resolve it but the commercials found their way back eventually.

Facing ads even after paying to get rid of them makes absolutely no sense and needs immediate attention from the affected OTT platforms.

We will keep you posted as and when a fix or a workaround is available. 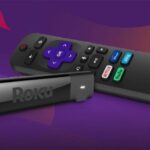 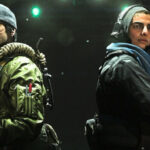 [Update: Poll results out] Should Call of Duty bring back Modern Warfare Battle Pass in Warzone?