Xiaomi has finally made the Mi 11X series official in India. The lineup comprises the Mi 11X and the Mi 11X Pro, both of which have been launched along with the Mi 11 Ultra.

Of course, the Mi 11 Ultra, being a “superphone” carrying a hefty price tag of Rs 69,999 is a far cry from the more budget-friendly Mi 11X series.

But it’s great to see that the Mi 11X Pro will offer identical performance to the Mi 11 Ultra even after being priced at ‘just’ Rs 39,999. This is because the top-of-the-line Snapdragon 888 5G processor is found on both the champs. But for those users looking to make a long-term purchase, 5G is one important aspect to consider. And being a newly released flagship-level offering means that the Mi 11X Pro obviously comes with 5G support.

This has been made possible with the Snapdragon X60 5G modem integrated with the SD 888 platform. Qualcomm claims that this chip facilitates “the world’s fastest uplink & downlink 5G speeds possible.” However, all this can only be tried out when 5G first launches in India. While it’s not confirmed, experts believe the 5G technology will be launched in India sometime in 2022.

Sure, Mukesh Ambani had said that Jio intended to roll out 5G services in India in the second half of 2021. But due to the adverse situation brought about by the pandemic in the nation, it’s unclear if that goal can now be met.

Still, Business Standard had reported that Reliance Jio may launch its 5G services using the next-gen 5G SA architecture for its network. On the other hand, carriers like Bharti Airtel are set to conduct trials for both 5G NSA and SA. But what exactly are 5G NSA and 5G SA? Well, in layman’s terms, NSA (Non-standalone) and SA (standalone) are two 5G tracks that telecom providers can opt for when transitioning from 4G to 5G.

In NSA, network carriers use the existing 4G LTE network for most of the stuff which enables operators to reduce costs. But there is one major disadvantage – NSA can’t support advanced 5G features such as network slicing – something that SA can.

Now, the savvy ones out there may be interested in the 5G capabilities of the Mi 11X Pro and whether it supports tech like 5G SA prior to making a purchase.

5G connectivity may vary based on region availability and local operator support. 5G SA connectivity enhancements may be added via OTA where applicable.
Source

Thankfully, Xiaomi has assured that 5G SA connectivity enhancements may be added via future OTA updates to the Mi 11X Pro as and when required.

Of course, in order to make the best use of the technology, you will have to wait for the operator to support it first. But it’s great to see that Xiaomi has at least given a green light from their end.

That said, you will be pleased to know that the Chinese variant of the Mi 11X Pro that goes by the name of Redmi K40 Pro may bag MIUI 12.5 stable by the end of this month.

Therefore, you might not have to wait for too long to try out the same on your Mi 11X Pro. For now, be sure to keep an eye on our dedicated MIUI 12.5 update tracker. 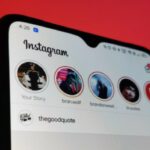 How to add multiple photos or pictures to an Instagram Story? Check out these steps