Android 11 has been with us officially for several months now and most devices that were eligible for the update have received it by now. We have a dedicated tracker that’s been following this rollout and you can check it out for more.

Oppo has been doing a pretty good job when it comes to rolling out its Android 11-based ColorOS 11 skin to its eligible devices and you can check out the progress so far in our ColorOS 11 update tracker here. Remember the shark-fin Oppo device that preceeded the era of pop-up cameras? Well, that was the Oppo Reno2 and it was unveiled way back in 2019. The device came with Android 9 out of the box.

See, Oppo has been releasing these monthly roadmaps to Android 11-based ColorOS 11, a plan on how it plans to push out stable and beta builds to its eligible devices in the said months.

Most recently, we saw Oppo releasing the April 2021 edition of the same and in the list, the Oppo Reno2 was slated to receive the stable Android 11-based ColorOS 11 update by April 20th.

True to the company’s word, Android 11 is rolling out to the Oppo Reno2 users in various regions in batches, at least according to a release statement on the company’s community forum.

In the statement, Oppo confirms that indeed, the update is being pushed out to users in the following regions:

To receive this update on your device, you need to be running one of the following detectable versions: C.45/C.47/C.49/F.13/F.15/F.16. If all goes well, you should receive an update to software version F.17.

You can also check for the update on your phone manually. This can be done by following these simple steps. Oppo insists that this update will be rolled out in a batch-by-batch basis so chances are that many users won’t get the update on day 1. However, the rollout should conclude in a few days or weeks so be on the lookout.

It is impressive to see just how well Oppo has managed to rollout stable releases of Android 11 to its eligible devices with little to no fuss. We can only hope to see the same level of efficiency from other OEMs. [Update: April 22] Google Pay (GPay) not working issue in India gets acknowledged, fix in the works 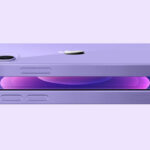