Xiaomi has been quite busy lately with a bunch of releases, particularly with their flagship Mi 11 series. The series has seen the likes of Mi 11 Ultra, Mi 11 Lite 5G, and Mi 11 launch within the past few months.

However, the series isn’t just done yet as it is set to expand further, at least in India, when the Mi 11X and Mi 11X Pro go live this month. So yeah, there are plenty of similarly named choices to pick from.

Anyway, this piece is about the ‘little one’ of the series – the Mi 11 Lite. We call it the little one obviously because of its size – at 6.55 inches, it may not exactly be compact by any means but is still the smallest among its siblings. The device was released on April 16 – a time when a few Xiaomi phones in China were already running stable MIUI 12.5. It would’ve made more sense to ship the device with MIUI 12.5, but it is what is.

Nonetheless, now that the ball has already been set in motion for MIUI 12.5 starting with the Mi 10 Ultra late last month, a stable MIUI 12.5 update for the Mi 11 Lite 5G shouldn’t be too far off either.

The device may not have made it to the MIUI 12.5 internal stable beta testing list but now a new development hints that it will soon.

MIUI 12.5 beta 21.4.20 update just went live for those that are a part of the internal beta testing program in China and it brings along the following list of changes:

But the update’s greatest highlight is perhaps its release notes that state that MIUI 12.5 beta development for the Mi 11 Lite 5G is set to kickstart as early as next week:

Mi 11 Lite 5G development version internal test is expected to be released next week, thank you for your understanding.
Source

Do keep in mind that the update will only be officially made available in China. It will still be installable of course but would require an unlocked bootloader. A good alternative for this would be Xiaomi.eu.

That said, for now, be sure to keep an eye on our dedicated MIUI 12.5 update tracker so that you do not miss out on any new developments. 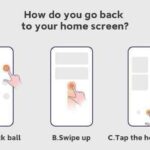