Snapchat has so many interesting features that some of them are often hidden while others are right in front, yet many fail to notice them.

Certain functions are even limited to iOS users such as the Bounce effect. Snapchatters on Android, unfortunately, don’t have any exclusive features to brag about.

That said, amongst the vast collection of filters, stickers, and whatnot, the motion filters are some of the coolest ones the app has to offer.

And between the three available filters — Slow-motion, Fast-motion, and Reverse — the latter of the three often gets some of the best reactions.

Unfortunately, the reverse video option in Snapchat is one of those features that are kinda hidden since won’t find a button saying ‘Reverse video’.

So if you’ve intentionally clicked on this article, you’re probably looking for how to reverse a video on Snapchat. Luckily, it can be done in just a few steps so check them out below.

How to reverse a video on Snapchat

To reverse a video, you’ll first have to record one via the Snapchat app itself or you can even use a video from your Gallery.

Step 1: Launch the Snapchat app and record a video by holding down the shutter button until you’re satisfied with the recording.

Step 2: After capturing the video, keep swiping left on the screen until you see three arrows pointing to the left appear in the middle of the screen. This will be the reverse video filter.

Step 3: Once you’ve selected the reverse video filter, you’ll be able to share it or even download and save it to your Gallery.

The reverse video filter even works without an active internet connection in case you simply want to save the reversed video locally.

In case you were wondering how to reverse audio on Snapchat, well, you don’t have to do much since the audio gets reversed as well when adding the filter to videos.

We hope this helped you find and create interesting videos in reverse using just the Snapchat app on iOS or Android.

NOTE: There are more such stories in our dedicated Snapchat section so be sure to go through it as well. 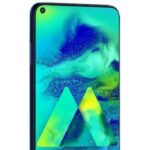 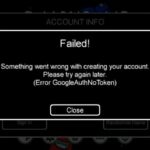