Snapchat Bounce effect (Boomerang) for Android and iOS: Here's what we know so far

Snapchat released the Bounce effect back in August 2018 to offer its users a feature similar to Instagram’s Boomerang.

Bounce lets users record a video Snap and tweak to make it play forwards and backward resulting in a cool boomerang-like video without the need for any extra editing.

Of course, Instagram and Snapchat are known to copy one another, however, the thing with Instagram is that the features are usually available to Android and iOS users.

The same can’t be said for Snapchat. Take for example the option to pin a conversation, it’s a simple yet useful feature that for some reason is still limited to iOS.

And the same is the case with the Bounce effect since the feature is currently limited to iOS devices only and Snapchat has not yet confirmed anything regarding its availability on Android.

It’s not uncommon for developers to add certain features to iOS devices first. Such was the case for the recently announced Twitter Spaces too.

But most developers eventually bring the new features to their apps on Android as well, except Snapchat. This is why many Snapchatters dread using the app on Android.

That said, the Snapchat Bounce effect is a quick and fun way to take your video Snaps to the next level. Here’s an example of the Bounce effect in action in case you somehow haven’t yet come across the feature:

To use the Snapchat Bounce effect on your iOS device, follow these steps:

1. Launch Snapchat and go to the Camera screen.
2. Press and hold the record button to capture a video.
3. Tap on the “loop” (?) icon.
4. Now drag the Bounce slider to the spot from which you want the video to playback in reverse.

As for Snapchatters on #TeamAndroid, there’s no good news since Snapchat is unlikely to add the feature to the Android app anytime soon.

This is despite the fact that Android users have been demanding Snapchat to bring the feature ever since it launched.

Can we just fight over the fact that snapchat doesn’t give androids the bounce/ boomerang thing ?! (Source)

@snapchatsupport Bring pin conversation and boomerang feature for android ffs.. I sent you thousands of feedbacks on snapchat not even a single response (Source)

As you can see, the demand for Bounce to be released for Android is still there even years after Snapchat released it for iOS.

We’ll keep track of the situation and will post an update if and when Snapchat decides to bring the Bounce effect to the Android app as well.

P.S. While gathering reports I came across a hilarious or rather ironic tweet from Snapchat Support claiming that they always love hearing what you’d like to see on the app. 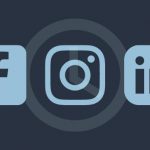 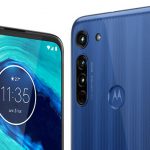