Do you have a lot of people snapchatting you? Does that make you miss snaps from your close friends or the people that matter the most to you? Well, if your answer to these questions is yes, then you might want to use the Pin Conversations feature.

OMG YOU CAN PIN A CONVERSATION ON SNAPCHAT? pic.twitter.com/VXR3U1y0Ai

As you can see, the tweet above was made last year. So needless to say, pin conversations is a not a new feature. In fact, popular social media industry commentator Matt Navarra tweeted about this feature back in June last year, when the feature was under testing.

However, if you are new to this feature, and want to know how to use it, read on. According to official Snapchat documentation:

Pinned conversations stay at the top, even if you get new Chats or Snaps from other friends or Groups

Here’s how you can pin a conversation:

In case you want to unpin a conversation, the steps remain similar to the ones mentioned above, just that you need to tap on ‘Chat Settings’ -> ‘Unpin Conversation’ instead in the last step.

Another important thing to note here is that your contact(s) are not notified when you pin or unpin their conversations, so there’s no social pressure on you while using this feature.

Moving on, although we couldn’t confirm it through official docs, it’s worth sharing that some users have confirmed you can only pin upto three conversations using this feature:

And finally, for those asking the question ‘How to pin a conversation on Snapchat on android ,’ the feature is sadly not available on Google’s mobile platform. The official documentation makes it amply clear:

Please Note: pinning conversations is only available on iOS for now

Are you new to this feature? Or have you already been using this feature? In either case, share your observations and thoughts with us in the comments section below.

It’s close to a year since we wrote this article, and as it stands currently, the Pin conversation feature in Snapchat on Android is still missing. Support is still redirecting users to the feedback page, and looks like that’s your best best at the moment.

So, if you want this feature on Snapchat Android, then head here, and leave a feedback for the company.

If this missing Pin feature on Android is turning out to be a dealbreaker for you, then you may try third party Snapchat clients like Snapchat++ etc to see if you can get the required feature, but we at PiunikaWeb do not endorse this.

However, if you have found a workaround to fix this issue, do leave a comment down below so that other can be benefitted as well. 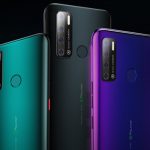