Realme C3 and Realme Narzo 10A are among the big list of devices by the company to be eligible for the Realme UI 2.0 (Android 11) update.

Realme C3 was launched back in February last year while Narzo 10A arrived in May, both with Android 10 out-of-the-box.

Being one of the lower-end devices, these devices were provided a slot in March. As usual, users have eagerly been waiting for the Android 11 update since the beginning of the month.

But the company has already made it clear in public that the update in discussion will only arrive by the end of the month (Update 81).

So, it was a known fact that the update may arrive sometime in the last week. And it appears to be pretty accurate as Realme has opened up the Early Access channel just in time.

It’s the last day of the month, even though it may be a bit late but the company has stuck to its roadmap of providing Android 11 updates in the month of March.

The company, in an announcement in the Realme community, has commenced the Android 11 Early Access program for the Realme C3 and Narzo 10A.

Important to note is that this application only invites the early responders and the seats may soon fill up.

So, it’s advised to rush towards the update center now and get yourself signed up for the update. Here’s how you should apply.

1.Update your device to the latest UI version.

2.Apply for Early access via the Software Update Application channel:

The Android 11 update on offer isn’t the most stable one so be prepared to face bugs as well. There’s a feedback channel that has gone live where you can report the logs of any issue you may encounter.

The stable Android 11 update may arrive at a later stage once all the testing is done.

In case you’ve missed out the opportunity, don’t worry as Realme will continue to enroll more users like it has done for other devices in the past.

IST 10:55 am It was not long ago when Realme commenced the Early Access program for the Realme Narzo 10A and now the device is receiving the second beta update with version C.02.

Well, to keep a track of all the Android 11-related information related to your Realme device, here’s where you should be.

College Board website down or not working? You're not alone 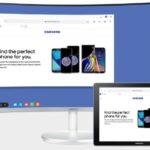