OnePlus surprised smartphone enthusiasts when it unveiled the Android 11-based OxygenOS 11 as it had a close resemblance to Samsung’s One UI.

But nevertheless, the way OnePlus has been optimizing the skin to yield optimal performance is worth appraising.

The company with its regular and long-term software goals has earned itself a special place in the smartphone market.

And it continues to stay on top with the recent Android 11 update delivery streak that’s going on these days.

The most recent addition is the OnePlus 7T. The company has started rolling out stable OxygenOS 11 (Android 11) to this device.

Android 11 may be good news for a big chunk and at the same time, it also critically hits the stock camera app for a significant lot. Some OnePlus 7T users continue to be victims of a previously reported camera bug.

A little background. With the early builds of Android 11 for the OnePlus 7T, a camera issue that leaves users with no camera capabilities has been doing the rounds.

Everyone aware of the situation expected this to be resolved with the stable update to OxygenOS 11 based on Android 11.

But now that the stable Android 11 has finally arrived, it brings absolutely no joy to the affected lot as the issue still persists.

OnePlus community assistant head moderator adds more weight to the reports as he said it seems that the camera app has gone haywire after the Android 11 update.

It seems that with the A11 update some users were left without a camera, clearing the application data does not help. They will have to make a patch to repair

There are some possible workarounds as well but that doesn’t solve the stock camera issue in any way.

Factory reset, flushing cache, and clearing app data are the first few things to cross our minds in case of critical bugs but that doesn’t help either.

Installing a third-party camera app and disabling the stock camera is the only way around until a fix arrives.

It becomes difficult to trace the pattern as not everyone seems to have bumped into this issue but what’s certain is that a patch is desperately required.

This is a total letdown by the company as this issue lies unattended for months now and hasn’t been fixed even with the stable update.

OnePlus has itself set the standards high and therefore, users expect an expeditious bug fix here.

We will continue to monitor this and update as and when there’s any development worth noting. In the meantime, you can head towards our dedicated OnePlus Android 11 update and bug trackers.

IST 13:54 pm: In response to one of the user-complaints, a OnePlus Staff member says:

Thanks for bringing this concern to our notice. Sorry for the trouble which have been arising on your device while trying to switch to wide angle lens on your device camera app. As you have already reported us with the respective logs and screenshots, we have shared it further with our developer’s team who would be working into it looking for bringing necessary improvements.
Source

IST 11:22 am: After lying unattended for weeks, OnePlus developers have finally taken out time to address the issue.

As per a OnePlus staff member, the issue lies with devs and a fix will be pushed in the upcoming OTA updates.

IST 12:10 pm: It turns out that this camera issue has now been addressed. This, as user reports on the community forums (1,2,3) are overwhelmingly positive. 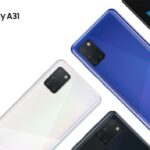