5 whole months following the rollout of Android 11-based OxygenOS 11 stable to OnePlus 8 and OnePlus 8 Pro, OnePlus finally rolled out the stable build to OnePlus Nord.

Unfortunately, the previous generation flagships from the company, the OnePlus 7 and OnePlus 7T devices, are a little out of luck as their update is set to get delayed once again. 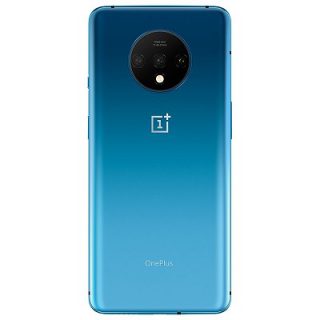 Well, these users are not completely forgotten as we recently saw them bag the OxygenOS 11 Open Beta 3 update, an update that brought with it a lot more fixes and refinements.

Unfortunately, this is still a beta build and as such, a few inherent bugs are to be expected and this Open Beta 3 is no different.

This, as users of the OnePlus 7T are reportedly facing a pretty dire issue with their devices running this pre-released build of Android 11.

Hello everyone,
I have a problem with camera on my op7t, when i’m trying to switch Lens or mode my lenses stop working in every app. Anyone has something like that?
Source

after installing the OB3 the camera freezes when I change the photo mode, requiring a restart of the phone but it happens again.
Source

According to these users, their OnePlus 7T camera freezes whenever they switch lenses or modes. This means that operations like switching from main lens to the wide-angle mode crashes the camera.

Another section of users (1,2,3) reports that the camera viewfinder goes completely black on launching the camera app on their OnePlus 7T devices following the Open Beta 3 update.

Having issues the Camera not opening and remaining black on new beta 3 for the OnePlus 7t.
Source

It’s not even been a full week since this update rolled out and already, the community forums are brimming with reports (1,2,3,4,5,6,7,8,9) from these users and this only points to the severity of the issue.

For now, the only remedy seems to be restarting the afflicted device but even that only offers temporary reprieve as switching modes and lenses results in camera freezing on the OnePlus 7T.

We can only hope that this issue gets addressed promptly before the stable release rolls out to all users as that would result in chaos.

We shall continue to keep an eye on this OnePlus 7T camera freezing and many other bugs present in OxygenOS 11 so check out our dedicated tracker to be first to know when the status changes.

IST 09:40 am: The OxygenOS 11 Open Beta 4 update for the OnePlus 7T is out and still, users running this build are facing the same camera issues that they were on Open Beta 3.

A workaround has been suggested that involves using a third-party camera app and disabling the built-in camera app.