OnePlus’ rollout of Android 11 has been a little less than graceful, to say the least. Bug reports and delayed updates have been the order of the day.

For the OnePlus 7 and OnePlus 7T updates, in particular, users have been treated to delays and halted rollouts repeatedly that some have even lost count.

We have been maintaining a tracker that’s been closely following the development and deployment of Android 11 to the OnePlus 7 and OnePlus 7T devices in detail and you can check it out for more.

Today, reports now indicate that OnePlus is resuming the rollout of its Android 11-based HydrogenOS 11 to the OnePlus 7 and 7T devices in its home market of China following the halting of the same.

The current version has begun to be pushed again, and the download link will be updated in the version post at a later date.

This version also fixes the problem that some OP7/7T series users cannot save pictures or screenshots after dual-opening WeChat. It is compatible with WeChat. Architecture changes, this problem can only be fixed on Android 11. If you encounter this problem, please update your phone system to this stable version as soon as possible for a better experience.

This version also fixes the problem that some OP7/7T users cannot save pictures or screenshots after dual-opening WeChat. In order to cope with the changes in WeChat architecture, this problem can only be fixed on Android 11. If you encounter this problem, Please update your mobile phone system to this stable version as soon as possible for a better experience.

A few user comments even suggest that this update might have addressed the glitchy 90 Hz issue that users on OxygenOS 11 for these OnePlus 7 devices have been facing.

The upgrade has just been completed, it’s silky smooth, and it’s back to 90HZ. Quickly sliding the desktop, Taobao, and WeChat Moments no longer feel dropped frames, and other problems have not been discovered yet.
Source

Now, what does this mean for users on OxygenOS 11? Well, since they’ve been getting updates to Android 11-based OxygenOS 11, chances are that the same will continue and these fixes will come to them in a later OTA.

For users of the OnePlus 7 series of devices who haven’t gotten the update following its suspension a few weeks ago, chances are that the OxygenOS 11 re-release is also coming soon.

OnePlus has since unveiled a list of its devices that are eligible for an update to ColorOS in its home market of China.

The list includes a bunch of its newer devices with the OnePlus 7 and OnePlus 7 Pro being the oldest supported devices. Already, we have seen a few builds to the OnePlus 8 series. 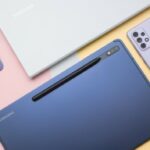 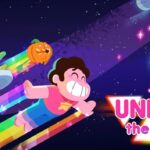 Steven Universe: Unleash the Light may add touch screen support for the Nintendo Switch version at some stage