Received system update 19811R_MP5 on your OnePlus 8 device? Here's what you need to know

OnePlus’ quest to update all its eligible devices to stable builds of Android 11-based OxygenOS 11 is slowly but surely taking shape.

At the time of writing, the OnePlus 6 and 6T series of devices along with the OnePlus Nord N10 and Nord N100 were the only devices running older firmware.

It is, however, hard to forget the rough trip to OxygenOS 11. This has been one dogged with delays, recalled updates, bugs and issues.

It is therefore understandable that users of OnePlus devices are a hawk-eyed batch when it comes to updates from the company.

Yesterday, a section of users of OnePlus 8 and OnePlus 8 Pro devices received notification of an OTA, only the OTA’s name seemed a little off to say the least.

Keep getting this ‘update’ to since yesterday. Has a kind of strange name with ‘_mp5’ in it. Not the names I’m used to with updates. There is an official update in my settings menu with a ‘normal name’ by the way. Cleared it for the second time now this morning. Hope Oneplus can give some clarity about this.

A section of OnePlus 8 and 8 Pro users have received an update labeled 19811R_MP5. This is uncharacteristic of OnePlus as OTAs are usually properly labeled with their specific version numbers.

I have a OnePlus 8 pro and keep getting notifications to download this software update but haven’t since the name seems really shady and I heard that there has been a recent virus that is basically spyware and disguises itself as a software update on Android phones. Does anyone know anything about it?

So what is this? A malware being pushed to people’s devices using official channels? Did an intern at OnePlus press the wrong keys and pushed out an erroneous notification?

Well, as is often with many things in life, the real explanation is a little more nuanced. According to OnePlus, this is nothing to worry about.

A quick update on this matter. The software team researched this issue further and we can confirm this is a legitimate notification for 11.0.5.5.

The notification should now start appearing with the correct copy, but you can click it regardless. It will take you to the update screen.
Source

A OnePlus staff member has since confirmed that this is indeed a legitimate notification for the OxygenOS 11.0.5.5 update.

As to what exactly is the code 19811R_mp5 means, OnePlus clarifies that this is the devices’ code coupled with the specific update’s internal name.

I get that, but both parts of the string are valid internal software references. 19811R is the model number and MP5 is how the build is internally referred to, hence 19811R_mp5.

In the meantime, OnePlus continues to push out OxygenOS 11.0.5.5 to the OnePlus 8 series of devices and below is a section of that update’s changelog.

We shall continue to keep an eye on this and many other OnePlus stories in our dedicated OnePlus section so stay tuned. 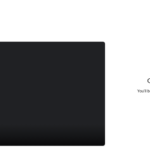 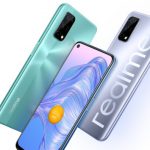