The Redmi Note 9 Pro and Pro Max have perhaps seen the greatest number of postponements with regards to Android 11 amongst any Xiaomi device.

The series first got a taste of the update when the Redmi Note 9 Pro became one of the first devices to run Android 11 stable. For your information, the Indian Redmi Note 9 Pro is known as the Note 9S globally.

Since then, however, the update schedule for the device has been a story riddled with speculation and broken promises. This is because there hasn’t been a sign of a wider rollout for the Redmi Note 9 series after the Indian Android 11 release.

Anxious users have been inquiring into its whereabouts for months but have either been given vague answers or promised updates “by the end of the month”.

Early reports had indicated that the global Redmi Note 9 Pro was slated to receive the Android 11 update by the end of 2020 itself.

Thereafter, the date was then shifted to Q1 2021. Following this, the purported release was postponed once again to the end of February. Both February and March have now passed though.

That said, a Mi Community mod has now given out some new information regarding the Android 11 update for the Redmi Note 9 Pro Max. This was in response to a user query of course.

So yeah, the new release is now set to be by the end of this month (April) itself. Hopefully, it won’t be delayed once again this time.

Another user inquired about the Android 11 update for the Redmi Note 9 Pro to which the same moderator gave out the same approximate release date.

Surely all these delays translate to a direct wide global rollout sans beta stable releases for select users. But we can’t really be too sure about anything at this point.

For now, be sure to keep an eye on our dedicated Xiaomi Android 11 update tracker.

You will also be pleased to know that the Note 9 Pro may also be treated to MIUI 12.5 stable as early as late May as per a new release schedule. Hence it is advisable to stay tuned to our MIUI 12.5 update tracker as well.

IST 02:36 pm Xiaomi missed its deadline of rolling out the Android beta stable by the end of April, confirms mod. An update could be expected in the coming weeks.

We’ve been informed that a Beta Stable would be rolled out by April end, but for some reason, it didn’t. If the current internal build works well, then we could expect something in coming weeks. Kindly wait. Cheers! 🙂

OnePlus 7 users can now enable Always-on Display (AOD) on stable OxygenOS 11 (Android 11), albeit with a catch 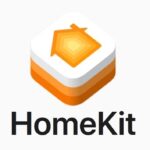