Despite being members of the Android One program, Nokia devices have been waiting for a long time to receive the Android 11 update.

Although Nokia was quick to unveil the Android 11 timeline, it continued to struggle when it came to delivering the updates.

Only the flagship Nokia 8.3 5G users got lucky to receive the update earlier this year. Rest all were queued up without any additional information from the company.

The promise was to deliver Android 11 updates to some of the Nokia devices by Q1 2021 but Nokia couldn’t boost the development and as a result, devices still crave the update.

But it looks like the Android 11 floodgates have finally been opened for a few devices if not all.

Nokia 3.2 users took to Twitter to confirm that the Android 11 update has popped up on their handsets.

The update arrives packed in a 1.43 GB package with a not-so-big update log, upgrading the Android security patch level to the month of March.

Even though the changelog doesn’t explicitly say much but we hope that all Android 11 features have well been packed with it.

Nokia usually pushes an update in waves. So, it isn’t certain that one may find the Android 11 update lying in his update center right away. It may take some time before finally rolling out widely.

We are yet to get our hands on an official announcement from the company.

As per Nokia’s own roadmap, Nokia 3.2 was scheduled to bag the Android 11 update somewhere between Q1 and Q2. And looks like Nokia managed to keep its promise for at least the Nokia 3.2.

It is still difficult to understand Nokia’s rollout plan as the company seems to have skipped devices that are nearing their Q1 deadline.

But anyway, this news hints at an imminent release of Android 11 for the rest of the devices in the pipeline for which we might see news emerging out in the upcoming days.

10:43 am (IST): Nokia has officially announced the first wave of Android 11 update.

11:38 am (IST): Nokia is reportedly rolling out the second wave of Android 11 for the Nokia 3.2 users across the globe.

In the meantime, the download links have also gone live.

Now that Android 11 has started rolling out for more devices, a bunch of bugs and issues may also tag along so you might also want to check out our dedicated Nokia Android 11 bugs tracker. 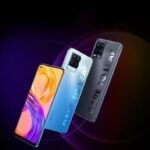