Xiaomi Themes & Mi Health app missing/not working? Here's what you can do to fix that

One of the greatest perks of custom skins like MIUI is the vast level of customization that they offer. Users can easily change the entire look of the OS with a series of simple steps.

While the Pixels and OnePlus devices allow a degree of customization such as changing accent colors and icon packs through the launcher itself, Xiaomi takes things a step further by offering a dedicated Themes app.

This app offers a plethora of customization features like radically unique themes, icon packs, ringtones, wallpapers, and more. Most of the themes in there are created by users but you of course also get some from Xiaomi themselves.

Nonetheless, while most Xiaomi users have continued to personalize their device to their heart’s content via the Themes app, there are also several users that have been restricted from doing so.

There have been a bunch of complaints [1, 2, 3, 4, 5] doing rounds in the forums about a missing/not working Xiaomi Themes app. Upon a deeper look, it was found that these complaints have originated from global users from select countries.

I need to change themes but there is no application of themes on my mobile. It is available in redmi note 9 series but not on my mobile
Source

Hi, why don’t I have the app themes, even though it changes in all regions, the app doesn’t appear even I update it but nothing, I need help thanks
Source

The app is either not available or throws a ‘Themes aren’t supported in your region’ error upon access. Thankfully, a forum mod has now shed some light on the matter.

As it turns out, the issue is because Xiaomi has deliberately held back the app in certain regions. This is most likely due to international regulations.

The solution to this is simple enough though. Just head over to Settings > Additional Settings and change region to India. If nothing changes, try rebooting the device. Hopefully, the Themes app will work just fine following this.

It is worth mentioning here that this isn’t even the first time that Xiaomi has come under fire when trying to comply with international regulations.

We previously highlighted how many users were dissatisfied with the Google apps that Xiaomi ships everywhere but China. These Google apps replace their stock counterparts like MIUI Dialer and Calendar.

And as if the Xiaomi Themes app not working issue isn’t enough, many users [1, 2, 3, 4] have also been ranting about a missing Mi Health app. This again is due to regional restrictions. However, this time, changing your region to India won’t help.

This is because the app is seemingly limited to China alone. In such a case, your best bet would be to perform a manual app installation after downloading it from APKMirror. Keep in mind though that the chances of it working expectedly are slim.

Of course, the aforementioned is limited to MIUI 12 or even MIUI 11. But we are hopeful that the MIUI 12.5 update will finally help sort things out and bring about the missing apps to the masses. 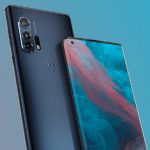 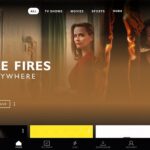