OnePlus appears to be having a hard time sending out the Android 11 update to eligible devices from its portfolio.

And it’s likely that this delay might be due to the fact that OnePlus is doing away with HydrogenOS in favor of ColorOS in China.

Of course, this is nothing but speculation and is a topic for another time. That said, now that the company has confirmed it will be rolling out ColorOS 11 to certain existing models, it has created a bit of confusion.

In the list of existing devices that will get the ColorOS 11 update, there’s no mention of the OnePlus 6 or 6T.

Both the 6 and 6T are eligible for the HydrogenOS 11 or OxygenOS 11 update, but since OnePlus is doing away with its HydrogenOS skin, many have started raising questions about the update for the device in China.

In response to a user’s query about the development of HydrogenOS during the switch over to ColorOS, a OnePlus community admin confirmed that the company will continue the development for the skin.

So it’s likely that OnePlus would roll out the HydrogenOS 11 update based on Android 11 for the OnePlus 6 and 6T as expected.

While it’s understandable that OnePlus has decided to skip ColorOS on the OnePlus 6, the 6T is where things are a bit more confusing.

This makes us wonder whether OnePlus will develop HydrogenOS 12 for the device or will it completely skip Android 12 for the 6T. The latter move would come as a huge blow to OnePlus 6T users.

Nevertheless, Android 12 is still far off, and for now, it seems OnePlus will continue developing HydrogeOS 11 for the 6 and 6T which should be released as OxygenOS 11 with a few minor tweaks in other markets.

That said, the company already rolled out a ColorOS build for the OnePlus 8 and is expected to get the new skin to more devices via the early adopter program starting from June. More on that here.

Meanwhile, you can check out our dedicated tracker to be informed on all developments related to OxygenOS 11 for all eligible devices. 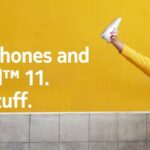