OnePlus has been struggling with the deployment of its Android 11 builds to its eligible devices, both in its home market of China as HydrogenOS 11 and OxygenOS 11 for the rest of the world.

We have detailed coverage on the state of these pending updates to devices such as the OnePlus 7 and OnePlus 6 series of devices and you can check them out for more.

The OnePlus 8 series of devices made headlines when they got updated to stable builds of OxygenOS 11 a month after Google’s official unveiling, an impressive fete for any OEM.

A lot has happened since then but mainly, the company has been focused on damage control, embroiled in endless cycles of bug fixing.

Now, OnePlus is gearing up for the official unveiling of its 2021 flagship, the OnePlus 9 and in the release teasers, the company has confirmed that the OnePlus 9 will run Oppo’s ColorOS in its home market of China.

This was followed by an official announcement of this move. In it, the company explained how it plans to ditch its HydrogenOS efforts in favor of a flavor of its sister brand’s ColorOS.

Now, it is coming to light that the company’s current flagship, the OnePlus 8 devices will also have a taste of this ColorOS.

In a post published by the company on its Chinese community forum, OnePlus goes to announce an early build of ColorOS 11 for the Chinese variant of OnePlus 8.

As exciting as this news is, it is important to note that this build is still in its very early stages of development and as such, there are issues to be expected.

In the release statement, OnePlus also asks its users to stay tuned to the official launch event of the OnePlus 9 as there might be news on the availability of this ColorOS for other OnePlus devices.

This is a pretty drastic move for a company that has been admittedly struggling to develop its own custom Android skin. Could this move see OnePlus devices get better updates moving forward? We can only wait and see.

For now, users that would like to get an early taste of ColorOS on their OnePlus 8 devices might want to follow the following step provided by OnePlus.

It is worth noting that the above excerpt has been directly translated from Chinese.

We shall continue to keep an eye on this and many more stories from OnePlus so you might want to stay tuned to PiunikaWeb for more.

IST 15:29 pm: OnePlus has revealed a list of its older devices that will also be getting updated to ColorOS 11. These include OnePlus 7 and never devices, except the OnePlus Nord series. More on that here. 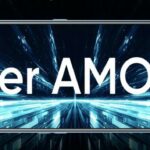