The Mi 10i is just another victim of Xiaomi’s extremely confusing naming scheme. The OEM is infamous for assigning vastly different names for several of their popular offerings for various regions.

Anyway, the Mi 10i is called so solely in India and is known as the Mi 10T Lite 5G in the rest of the world. But what is even weirder is the fact that the same device is sold under the Redmi umbrella as the Redmi Note 9 Pro 5G in China.

The Redmi Note 9 Pro 5G may look a tiny bit different when compared to the Mi 10i owing to a differently designed camera module. Still, the difference is purely cosmetic and is definitely no excuse to keep distinct names for the devices.

Quite fortunately though, all of the aforementioned variants all carry a common codename – Gauguin – which really makes everyone’s job a whole lot easier when it comes to identification.

And devices that carry the same codename always run the same software as well. This means that software from one variant is usually flashable on the other and will not result in any major issues.

Now, this Gauguin or the Mi 10T Lite 5G already received the Android 11 update globally around a month or so back. And Mi 10i users have been waiting for the same update ever since.

Following that, the Redmi Note 9 Pro 5G has now bagged the Android 11 update as well in China, which just leaves the Indian Mi 10i.

But of course, if every other variant is now running Android 11 without any major issues, then the same build should be made available to the Mi 10i real soon as well.

That said, the download link for the Redmi Note 9 Pro 5G has been given below for those interested along with the official changelog:

The update is obviously based on MIUI 12 since MIUI 12.5 is still undergoing beta testing. But you will be pleased to know that the Mi 10i and all its variants are eligible for the MIUI 12.5 update.

Therefore, you might want to check out our dedicated MIUI 12.5 update tracker to keep an eye on its status for our beloved Gauguin. 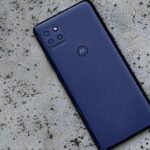