Samsung rolled out Android 11 with its One UI 3.0 skin for the Galaxy Note 10 Lite in January. And it recently started seeding the One UI 3.1 skin to users as well.

Compared to One UI 3.0, the new skin isn’t all that different as it is a minor upgrade that brings a few new features and improvements to the table. One UI 3.1 has been relatively bug-free for the most part. However, we have been keeping tabs on all known bugs and issues with One UI 3.1 as well as One UI 3.0 that you can check out here.

That said, Samsung Galaxy Note 10 Lite users who installed One UI 3.1 with the March patch are reporting that the Widevine license has been downgraded from L1 to L3.

In my Note 10 lite, the videos are not playing in HD after 3.1 update. Netflix shows widevine l3 support. Please fix this. (Source)

In my Samsung Note 10 lite I’m not able to stream HD content in OTT apps like Netflix and Amazon prime. This has happened after updating the phone to march security patch . The widvine L1 security level has retrograded to widvine L3. (Source)

As you can tell from the reports above, streaming apps like Netflix, Amazon Prime Video, and others no longer support HD or Full HD playback on the affected devices.

A Galaxy Note 10 Lite user has even shared screenshots of the Playback Specifications page on Netflix and of the Video unavailable error on Amazon Prime.

It’s worth noting that this is a fairly common issue. We recently came across similar reports from users with the OnePlus 8T. More on that here.

OEMs usually fix the problem via subsequent software updates. However, Samsung has not acknowledged the issue yet.

Therefore, Samsung Galaxy Note 10 Lite users who aren’t able to watch HD or Full HD content on Netflix and Amazon Prime due to the Widevine DRM issue on One UI 3.1 may have to wait a while before it’s restored to L1.

Meanwhile, feel free to let us know whether or not you’ve noticed the same on your Samsung Galaxy Note 10 Lite or any other Samsung phone running on Android 11 with the One UI 3.1 skin. 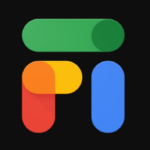