Maintaining its software update streak, the South Korean giant has now released the One UI 3.1 update for the Samsung Galaxy Note 10 Lite in India.

The Galaxy Note 10 Lite bagged the update to Android 11 with the company’s One UI 3.0 skin in January making this the second major feature update the device has got in a span of a couple of months. This new update carries the firmware version N770FXXU7EUB3 and weighs 1147.17 MB as an OTA update. Samsung has also thrown in the March security patch for good measure.

We came across the information regarding the release of the One UI 3.1 update for the Indian model of the Samsung Galaxy Note 10 Lite via a post from a user on Reddit.

Here’s a screenshot of the update page that highlights the software update information:

One UI 3.1 adds a bunch of new features to the device, however, Samsung decided against bringing the Google Discover Feed to existing models via the One UI 3.1 update.

Instead, users get Samsung Free which is a slightly tweaked version of Samsung Daily that it now replaces

Unfortunately, we have not got our hands on the changelog since Samsung has not yet updated its official page for this model of the Note 10 Lite to reflect the release of the new firmware.

Prior to the release in India, the update was only available to Galaxy Note 10 Lite users in France where it began rolling out a few days ago. And now that Samsung has started seeding the update to units in India, it’s likely that we’ll see One UI 3.1 being pushed to the Galaxy Note 10 Lite in other countries where it is sold in.

To be in the loop regarding the availability of One UI 3.1 for all eligible devices from the OEM, we’d suggest keeping an eye out on our dedicated tracker.

You can also head here to know whether or not your Samsung phone is eligible for the One UI 4.0 update that is expected to be released later this year with Android 12. 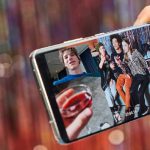