Like Google and Android, Apple has various versions of its iOS operating system. There’s a smartphone version and a tablet version.

But unlike Google, Apple does a better job keeping the two versions apart and up to date. Google, on the other hand, basically uses the same Android OS on phones and tablets.

As a result, the Android tablet market has always played second fiddle to Apple’s despite efforts from Samsung to keep things going. No doubt Google is to blame. And apparently, the search giant is extending this dogged tablet support to the iPad, at least according to Google Meet users on the latest iPadOS 14 operating system.

Rather than have a proper Google Meet app for iPadOS, they are stuck with a version that is essentially a stretched-out smartphone app.

“I would like to know why the iPad app is not made specifically for a bigger screen but it looks more like a blown-up version of a phone app,” one concerned Meet user questioned a while ago.

The same person also noted that on iPadOS 14, the option to blur the background was completely missing in Google Meet.

A quick look at the same thread reveals a series of complaints from similarly affected iPadOS 14 users who can’t blur their backgrounds in Google Meet, some only a few hours old.

IOS 14.4 on iPad mini 5 here and noBlur or background change options either. Seems like Google need to update their apps on the AppStore and haven’t done it yet.
Source

Wow why isn’t it updated yet? Does Google even know we don’t have the background settings!?
Source

We have previously reported about the broken option to change the background for some users. We’ve also highlighted the plight of Meet users on Firefox regarding background blur.

With the same option now reported to be missing on iPadOS 14, it looks like Google indeed has some work to do towards offering the same Meet experience across all platforms.

In fact, some iPhone users on the latest iOS 14 also claim that they can’t see the background settings in the Google Meet app.

I’m on iPhone 12 Pro Max and I can’t see the blur options :/ It’s a pitty because this phone has a lot better camera than the 2020 MacBook Pro that I use for work and meetings right now.
Source

Although one iPad user claims the feature was there but somehow disappeared and sadly never came back.

A few weeks ago meet on my iPad had blur and background effects. These options completely disappeared about two weeks ago and have not returned. How can i restore this functionality? Running latest version of meet on iPad Pro.
Source

Google says that the background blur feature is supported in Google Meet for iOS 12 and above (iPhone 6s and newer), but there’s no specific mention of iPadOS or iPad models for that matter.

Of course, this should explain the inconsistent UI on the Meet app on iPad, but it says little about the missing background blur option.

As always, we will be looking out for any workarounds and official statement from Google or Apple regarding this issue. Stay tuned to PiunikaWeb. 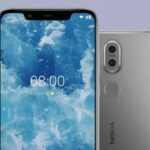