Samsung has been rolling out the Android 11-based One UI 3.1 update for a truckload of devices over the past couple of months.

Most recently, the update went live for the Samsung Galaxy A51 5G and Galaxy A71 5G in Korea. More on that here.

While the update brings a bunch of new features and improvements, it also brings a few bugs and issues such as the aggressive battery management policy and wireless charging issues.

While most bugs and issues are yet to be acknowledged by Samsung, it has confirmed the existence of a major bug with the One UI 3.1 update that breaks the Camera app and Gallery app for some.

In an announcement on the company’s Korean community forums, the ‘System platform manager’ has claimed that occasionally users may notice that images do not load in the Gallery app or the Camera app does not work. According to the mod, this issue is most likely arising in cases where there is an excessive number of media files.

Therefore, if you have a boatload of images and videos in your Gallery, this might be the reason why the Camera app and Gallery app don’t work.

And if that’s the case for you, Samsung has also shared a temporary guide to fix the issue which requires you to clear the data from the ‘Sec Media Storage’ system app.

1. Go to Settings on your device and then tap on the Apps option. Next, tap on the Filter and sort icon and then toggle on ‘Show system apps.’ Now scroll through the apps list and select ‘Sec Media Storage’.

2. When selected, tap on the ‘Storage’ option and then tap the ‘Clear data’ button at the bottom of the page. You will get a pop-up to confirm the action, tap on ‘OK’.

Once this has been done, restart your device and check for the issue again. In case the problem still exists, the mod has asked users to send bug reports via the Samsung Members app.

Having said that, it seems that the Gallery app and Camera app not working issue isn’t directly tied with the update to the One UI 3.1 update from Samsung specifically.

How so? Well, Sony recently posted a support article wherein it mentions that some users may be unable to save photos or videos after the Android 11 update if they have more than 10,000 media files on the device.

Hence, it could be possible that the two issues are somehow related. Nevertheless, Samsung’s mod has confirmed that an update to fix the issue would be released soon.

As usual, we will post an update once new details emerge regarding the issue. Meanwhile, stay tuned to our dedicated tracker to know more about the availability of One UI 3.1 for your device. 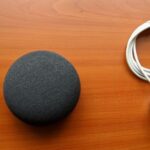 Google support unaware of Assistant's "Sorry, I don't understand" issue on Home/Nest devices despite the many reports 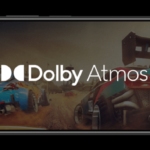