Realme ensures that even the lower segment devices get a taste of the latest OS. As a result, these devices found their slots for the Realme UI 2.0 (Android 11) update in the official roadmap early this year.

Realme X3 and X3 SuperZoom, Realme C12, and Realme C15 received the Android 11 early access back in January but only a few early birds managed to get it.

A big chunk of these device users is still waiting for a similar application to go live.

The OEM has recently kicked off an Open Beta channel for the Realme 6 Pro and this makes users believe that the company may re-open a program for these devices as well.

But it seems the update may take a little longer as the company only has a trivial security patch to offer for now.

As for Realme X3 and X3 SuperZoom, the updated version is RMX2185_11_A.87 but unlike the C series here, this update brings a host of new features. Here’s the changelog.

– Fixed the probabilistic cannot save screenshot issue after editing screenshot

All of these security patches, as always, will roll out in a phased manner and may take their sweet time to finally appear in the update centers of the masses.

Users who unfortunately couldn’t enroll themselves in the early access program in January have no other option but to settle with the security patch for now.

An expeditious rollout of the Android 11 update for Realme X3, X3 SuperZoom, C12, and C15 is also in the pipeline and may soon see the daylight.

Any development will be posted here and in the meantime, viewers can head towards our dedicated Realme Android 11 update tracker to never miss any update.

Google Chrome Reading List Sync: Here's how to do it across devices 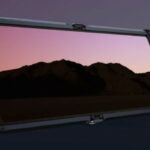