Realme 6 Pro was unveiled last year with a decent spec-sheet and Android 10-based Realme UI. The first major Android push to Android 11 is also in the works.

In line with the official roadmap provided by the company, Realme 6 Pro received the Realme UI 2.0 (Android 11) update alongside a couple of other devices.

However, the update seeding bandwidth was only limited to the early birds and a lot of users who missed out are now eagerly waiting for a similar application to go live.

Well, looks like the developers are doing a splendid job in curating the Android 11 update for Realme 6 Pro as an Open Beta application has gone live this time.

This comes 3 months after the release of the early access program. The Android 11 Open Beta program is expected to have a wider bandgap and may allow a good number of users to grab the update.

In order to get a taste of the company’s latest UI, one has to register himself by following a few steps laid down by the company. Here are these steps.

Apply for the Open Beta via the Software Update Application channel:

Device owners already enrolled in the early access program need not do anything, the update will automatically appear in the update center.

Important to note here is that after upgrading to Android 11, Realme 6 Pro users will not be able to access app data and obb files from the file manager due to Android 11’s privacy policies.

For the ones who did not enjoy the latest version of the skin, there’s an official way of downgrading available. Follow these steps to rollback to Android 10.

Step 1: Download the roll-back package on your phone and remember the location. (yet to release)

We saw Realme Narzo 20 receiving the stable version of Realme UI 2.0 and now Realme 6 Pro is receiving the Android 11 as Open Beta update.

Other devices that received the early access around the same time may also start receiving either the stable or more Open Beta programs in the coming weeks.

We will update as and when more developments take place. In the meantime, you can check out our dedicated Realme UI 2.0 update tracker for more information. 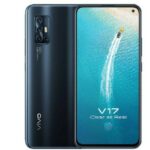