Apple recently released yet another beta update to iOS 14.5, the latest iteration that should be rolling out in stable version not long from now.

The latest beta update is the fourth for those testing iOS and iPadOS 14.5. With it comes a few bug fixes, improvements and performance optimizations.

In a brief changelog, Apple notes that after this update iPhone and iPad users will now be able to use Handoff to transfer audio to their HomePod units.

But still, it seems one annoying issue remains unattended to — the issue where some users report a freezing screenshot ever since upgrading to iOS 14 several months ago.

In fact, we have documented this issue before, where reports were still coming from affected iOS 14.3 users back in late 2020 and early 2021.

And even after the update to iOS 14.4 and the subsequent incremental OTAs that followed suit, we are still seeing reports of the screenshot freezing issue doing rounds on the web.

Same for me. Screenshots are getting stuck. iOS14.4
Source

A personal update. I got my phone (11 pro) replaced by Apple under warranty yesterday, for a separate issue and the new phone has just done it’s first screenshot freeze this morning.
Source

As seen from some of the more recent reports shared above, not even swapping the affected phone for a new model stops the screenshot from freezing as long as iOS 14 is involved.

And while Apple hasn’t come out with any official statement on this annoying matter, there’s perhaps some reprieve on the way, at least according to an unofficial company statement.

Apparently, one of those affected by the screenshot freezing issue took the matter to Apple’s Tim Cook, the result of which saw a support representative get back to him with a promising response.

From the look of things, a future update to iOS 14 will likely address this issue once and for all. However, no one knows when exactly this issue will be addressed.

They are logging my phone and it’s happening so they have the logs and the times it happened. Rep said hopefully will be corrected in update. I wrote Tim Cook about it and they had this support rep. Intact me so I really think I might get somewhere.

The stable update to iOS 14.5 is not too far from now, but whether the freezing screenshot issue will disappear after this update remains to be seen.

As usual, we will be keeping tabs on this matter and let you know if and when the matter gets resolved. Meanwhile, keep an eye on our iOS/iPadOS 14 bugs and issues tracker. 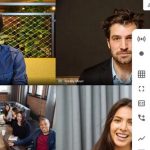 [Update: March 16] Google Meet breakout rooms: Do you have the feature on your Samsung tablet?