Realme is known to be one of the few brands that actually take user feedback and feature requests seriously. And in an era where a customer is considered as ‘always right’, this little perk is perhaps one of the driving forces behind the brand’s success.

We previously highlighted Realme’s last QnA session where they encouraged users to post their feedback and queries directly to the developers. And the devs did indeed have some interesting answers. More of that here.

And going forward with such practice, Realme has now hosted a new episode of weekly FAQs with the aim of answering questions from users regarding various Realme software features.

While the questions within touched a variety of topics, we have cherry-picked some of the useful answers of value and have highlighted them in this piece.

Let’s start with the much-hyped ‘Sleep Capsule’ feature. In short, it helps keep track of a user’s sleep cycle and also helps reduce screen time by allowing only certain apps during ‘downtime’ and limited chances to lift the downtime to use the device. 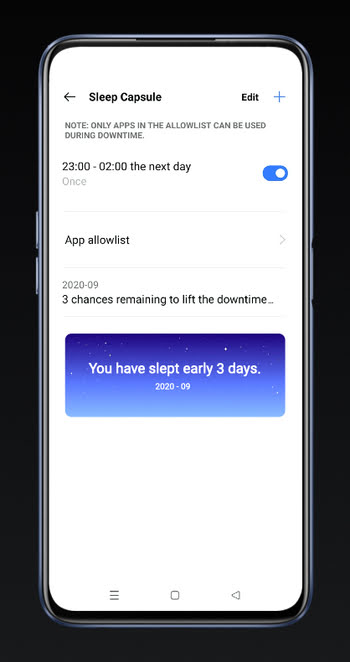 A user inquired about how many times the downtime limit can be lifted to which Realme replied the following:

You can lift the limits applied by the Sleep Capsule only 3 times per month – and you need to restart your phone in order to do that. After you have lifted the limits 3 times in a given month, the app usage restrictions applied by Sleep Capsule cannot be removed any longer up until the next month.

For the uninitiated, RAW photos are image files that are barely processed after being shot. This ensures lossless image quality without any compression.

Anyway, when asked about the availability of RAW shooting on Realme X2, the following reply was given out by Realme:

There is no current plan to export this feature to Realme X2.

Considering how large batteries have gotten lately and how capable they have become when it comes to charging speeds, the question regarding how safe it all actually is will obviously cross the users’ minds.

Thankfully, Realme claims to have implemented adequate measures to ensure longevity and safety so you can continue using your phone without worry.

On a hardware level our charging solutions like realme DART provide higher charging speeds while keeping the voltage low – and that’s ultimately beneficial for your battery health. On top of that realme UI features a series of algorithms that take into account your usage and sleeping habits (if you charge overnight), and further decrease the charging speed when the battery heats up excessively.

In response to queries about an alleged missing Quick Bubble feature on Realme X50 Pro, the following was given out:

The Quick Return Bubble can be accessed in Settings > Convenience tools > Quick Return Bubble. When turned on your games will automatically be resized to a “bubble” when exiting a game by swiping up to get back to the homescreen.

So yeah, the feature isn’t really missing. It is only hidden away in the Settings app and has to be enabled.

Of course, there are various other factors that come into play when determining the supported refresh rates on a device and this is pretty clear from the following answer.

A pretty highlighting feature of Realme UI 2.0 is the brand new OSIE effect that aims to enhance color saturation levels of the display for a better overall viewing experience.

Q. What is the OSIE visual effect? When and how does it work?
A. OSIE is the acronym for “Object & Semantic Images & Eye-tracking”. This visual effect automatically adjusts the color saturation and screen brightness for an overall better video viewing experience in supported apps.

There were also queries regarding encryption on the Realme Messages app to which Realme has clarified that it is all dependent on the carrier and Realme doesn’t do any encryption at their end. Lastly, if you are interested in how much storage the integrated HeyTap Cloud provides for free, then you will be pleased to know that it is capped at a pretty ample 5GB.

Hopefully, all your questions about Realme UI 2.0 were answered by now. For now, stay tuned to our dedicated Realme UI 2.0 update tracker. 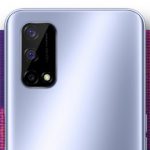