Ah yes, the Redmi Note 5 Pro. Not much is there to discuss about one of the most popular offerings from Xiaomi to date, since the device is pretty familiar to almost every region where the OEM is a thing.

The Note 5 series sold in millions worldwide, with some 5 million units sold in India alone during its very first 6 months, and much of this was due to the fact that the devices brought premium feels to the masses.

After all, both the Redmi Note 5 and the Note 5 Pro felt more way more expensive than they actually were and this proved to be quite a selling point. Of course, not all of their success can be credited to their looks alone as what they packed inside was even more impressive. For starters, the Redmi Note 5 Pro was literally the first device to come with the Snapdragon 636 – a decent processor even by today’s standards.

The Note 5 Pro also shipped with MIUI 9 based on Android Nougat out of the box and was eligible for two Android updates and at least three major MIUI updates – that is, if usual patterns are to go by.

Xiaomi has fulfilled the Android updates bit of course since the device now runs Android Pie. But the MIUI updates part remains neglected since the Note 5 Pro is one of the few devices that are still stuck on MIUI 11 despite being MIUI 12-eligible.

This, however, is only partly true as some units of the Redmi Note 5 Pro are actually running MIUI 12. The build was rolled out a couple of months back in January though as a stable beta.

Stable beta builds are rolled out to select users only just to be safe and if all goes well, the same build is then released widely for all to enjoy. Unfortunately for the Note 5 Pro users, the wider rollout bit has still not initialized.

This is evident from a recent comment left on the Mi Community by the Xiaomi Feedback Team.

The comment implies that there are still some bugs and issues on the MIUI 12 build for the Redmi Note 5 Pro that need to be addressed before it can be widely rolled out. One of such bugs was pretty serious too – bootloops.

Xiaomi sure seems to be taking its time though. It appears that just like the Poco F1, new updates are being held up due to the dev team’s focus on making MIUI 12.5 and Android 11 available promptly for newer devices.

Thus, there is not much to do now apart from waiting. Or if you happen to be in an adventurous mood, then you can also take the stable beta MIUI 12 build given below for a spin.

Keep in mind though, that if it successfully installs, it may be riddled with bugs. Hence, go forward with the installation only when you’re absolutely sure of what you’re doing.

For now, stay tuned to our dedicated MIUI 12 update tracker to stay in the loop. 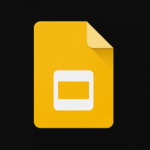