The Poco F1 may very well be the main reason behind Poco’s current position. The Poco brand has been performing quite well if sales figures are to go by even after going independent from Xiaomi.

And even after plenty of subsequent releases, the Poco F1 has continued to be the brand’s starboy by still holding a large fraction of Poco’s total number of units sold to date (2.2 million out of a total 6+ million). Therefore, the phone still deserves attention from Xiaomi. However, this lately hasn’t been the case. Poco F1 users have been anxiously waiting on security updates and have even been inquiring about it on the Mi Community.

FYI, the device is still stuck on the December security patch based on MIUI 12 Android 10, which means that it has missed out on three monthly security updates.

Moreover, the December security patch wasn’t exactly rolled out promptly since it was merged with the device’s latest February update. Funny considering that they could’ve easily instead gone for the February security patch.

This isn’t too great even by Xiaomi’s standards. The OEM has lately begun releasing security updates on almost a monthly basis for many of its newer devices. Now it could be argued that the Poco F1 is nearing the end of its software support life.

After all, the phone was released over two years ago, back in August 2018. But this only means that the device will not receive any major Android version updates in the future. Security updates are still exempted from this.

But of course, as a device nears the end of its software support, updates start getting more and more scarce. So let’s not forget about that. Anyway, a forum moderator has now shed some new light on the matter.

As per the moderator, the delay in security updates for the Poco F1 is actually due to the rigorous development and beta testing of the Android 11 update on many devices.

Kind of sad to see the hold-up being due to an update for which the Pocophone F1 itself is not eligible, but it is what it is.

Anyway, while not exactly clear as of now, the Poco F1 may still be eligible for a MIUI 12.5 update. Thus, you may want to keep an eye on our dedicated Poco MIUI 12.5 update tracker so that you don’t miss out on anything. 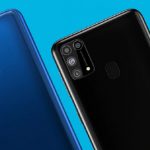 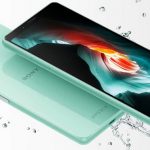