Realme X2 Pro was launched way back in 2019 but is still a favorite among users. The device received Android 10 last year and now awaits its second major update of Android 11.

In the roadmap provided by Realme, Realme X2 Pro was given a slot in the month of December, and the company managed to kick off the Android 11 early access program just in time.

A few months ago, a piece of information floated, suggesting the stable Android 11 update for Realme X2 Pro could arrive by the end of March.

But to our disappointment, another beta has started rolling out. It appears that the developers are still not ready with the stable version.

The latest beta update comes with version F.07 and weighs exactly a GB. This update also carries a bunch of optimizations and fixes. Here’s the changelog.

The beta update not only fixes some concerning bugs but also bundles the security patch level to February and March, the latter being the latest version available today.

Excitement for the stable Android 11 update for Realme X2 Pro can be seen on social media platforms.

This update is rolling out to the beta testers and if everything goes well, a stable update shouldn’t be far.

Important to note is that Realme Narzo 20 recently bagged the stable Android 11 update and therefore, the stable version of the skin for other devices might as well be just around the corner.

We will continue to track the developments here. In the meantime, you can check out the status list of Realme devices and our dedicated Realme UI 2.0 update tracker for a detailed coverage. 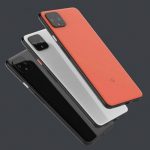 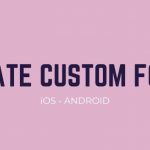