Sony is the only major Android vendor that has released the new Android version to all eligible devices from its portfolio. And the Sony Xperia 1 II was the first to get Android 11 from the bunch.

The device came with Android 10 out of the box and, like most newer Xperia phones, runs on stock Android with a few tweaks from the company to enhance the user experience. However, with the Sony Xperia 1 II, Sony opted to remove its in-house Album application that was pre-baked on other smartphones from the OEM before the Xperia I II as per reports (1, 2) at the time.

All you have to do in order to get the Sony Album app up and running on your Sony Xperia 1 II, Xperia 5 II, or Xperia 10 II is to download and install the app’s APK file on your device (link below).

Once installed, you should be able to use the app and most features it has to offer. However, it seems that the application may not allow you to edit photos since clicking the edit button opens up the Google Photos app as per a report.

While all individuals on the Reddit thread have confirmed that the app works just fine on Sony Xperia phones running on Android 11, it seems those who are still on Android 10 may have some issues.

A user with the Sony Xperia 5 II running on Android 10 claims that the application does not work for them.

Therefore, you might have to wait for your device to get the update to Android 11 to be able to use the OG Album app from Sony.

That said, you can keep track of the status and availability of Android 11 in your region by heading here. 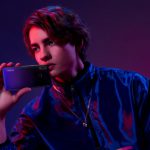 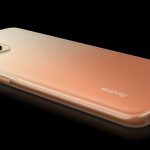