Realme 3 and Realme 5, two of Realme’s budget segment devices, were launched back in 2019 with Android 9 out-of-the-box.

Soon after the launch of Android 10, the OEM announced that both of the devices will undoubtedly receive their first major OS update and many users continued to believe that these devices would get a second major update as well.

FYI, the company has also launched tag team members for the Realme 3 and Realme 5. Realme 3i, Realme 5i, Realme 5s, all of these were more or less the same devices with a few hardware alterations and absolutely no impact in the updates department.

But the OEM cast down all these device users when the Android 11 official roadmap was unveiled without any mention of Realme 3 and Realme 5.

In a recent interview of the Realme CEO with Android Authority, when asked about the Android 11 update of Realme 3 and Realme 5, Madhav Sheth reportedly says that these devices were promised only two major updates.

It’s worth noting though that the Realme 3 and Realme 5 are missing from the Realme UI 2.0 beta roadmap, having been launched in 2019. Sheth (Company CEO) says they had only promised two Android updates (Android 9 and Android 10) to these phones. Both phones launched with Android 9, however, which means they’ve only received one Android version update

“Realme has a policy of two years,” Sheth stated, adding that security patches could be available for more than two years.

Now, this raises the eyebrows of the users as the smartphones were only launched with Android 9 and since then, they have only managed to bag a single major OS update to Android 10. The second promised update still remains elusive.

The roadmap says nothing about these smartphones and in fact, Android 11 is confirmed to be not on cards for the Realme 5, 5i, and 5s.

But on the other hand, Realme customer support while responding to a user query reveals information contrary to the roadmap. Here’s what the tweet says.

Dear Customer,
The realme UI 2.0 for realme 3 is under development. We request you to please wait for some time. Your patience is appreciated by us. Further, please stay tuned to our official community & social media handles for further updates. Thank you for your understanding.

All the Realme 3 users who had completely lost hope now find some ray of hope in Realme customer support’s tweet.

If the support’s statement is anything to go by, the Android 11 update may already be under development for the Realme 3.

But again, Realme customer support isn’t something that could be treated as a reliable source and it’s unlikely to get the update.

With Madhav Sheth’s statement, it has only become more confusing as the brand itself doesn’t seem to be aware of its own device’s history of major OS updates.

We will continue to keep an eye on this and will update you as soon as we have information. In the meantime, you can head towards our dedicated Realme Android 11 update tracker to keep up with the latest developments. 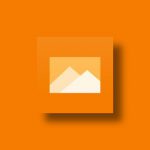