Apparently, OnePlus has kept its focus limited to the looks of OxygenOS 11 and how well the UI feels with regards to single-handed usage. Hence, of course, they have done an excellent job there.

Gone are the days when OxygenOS was pretty much stock Android with just some ‘cherry-on-top’ feature additions designed to make stock Android richer than the barebones software it already is. Some people will say that it now looks like a One UI rip-off but let’s not delve into that here. After all, if pulled off excellently, then why should anyone complain?

Now, everyone is aware of how the OEM is extremely keen on expanding its target market by diversifying its portfolio. Many of OnePlus’s recent offerings hint that the company has now drifted from its past philosophy of offering the best and nothing but the best.

With some competitive releases in the budget realms like the Nord N10 and N100, that too in select regions only, it is clear that OnePlus is now focusing on selling more in countries where they weren’t too popular historically.

And releases in more countries ‘translates’ to support for more languages in their software. OnePlus has done a good job with this regard, on paper at least. The OxygenOS 11 Wikipedia page shows that the OS supports over 40 different languages.

But just support for languages isn’t really sufficient. One has to get the translations right for a seamless and pleasant user experience. And this is where OnePlus has seemingly fallen short.

Why russian-speakers have to deal with such poor user experience? We haven’t paid less for your smartphones. As a OnePlus 8 Pro user, for wich I paid about $1000, I’m very disappointed.
Source

There have been a bunch of recent complaints about broken Russian translation on OxygenOS 11. Users have shared several screenshots on the OnePlus forums showing incorrect grammar, hyphenation, and syntactical errors.

And the worse part is that these issues have plagued the entire interface and several stock apps as well so one doesn’t really have to be a grammar nazi or look too hard to spot them.

There are also plenty of screenshots revealing issues with fonts like incorrect or uneven text sizes or overflowing fonts. As already pointed out, OxygenOS 11 makes use of gigantic fonts, so there are plenty of instances of the latter.

Users say that some of these issues have persisted for years. Many are also said to be due to incorrect strings in AOSP itself. But one can’t really blame AOSP for errors in OxygenOS apps.

And no, these issues are truly limited to languages other than the default one (English), since during our usage of OxygenOS 11 in the English language, we didn’t really find any errors as such.

All this doesn’t do well with OnePlus’s global image. Things like these may seem minor but are essential if OnePlus desires expansion.

Thus, the OEM should pull its socks up and fix the broken translation on OxygenOS 11 as soon as possible, before user dissatisfaction grows any further.

Now, a OnePlus Staff Member did provide an explanation for it all. They even escalated some strings to the developers which proves that OnePlus is more than willing to fix such errors. Hopefully, we will eventually get to see OxygenOS 11 in the most perfect Russian with future updates.

For now, be sure to keep an eye on our OxygenOS 11 bug tracker so that you don’t miss out on anything. 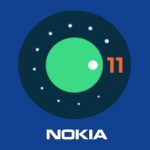 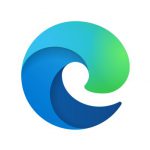