IQOO, a sub-brand of Vivo, has some decent smartphones already in the market. IQOO 5 Pro is one of the high-end devices from IQOO that was unveiled back in August last year.

The device came with IQOO’s own custom skin — IQOO UI 1.5 — based on Android 10 and the device was expected to receive the Android 11 update.

Vivo has also crafted a new skin called the Origin OS and is continuously upgrading its devices to it.

The public beta recruitment for IQOO 5 Pro began back in January with a bunch of other IQOO devices and now it appears that the beta is way past the testing phase.

A user has come forward to inform us that his IQOO 5 Pro smartphone has bagged the Android 11-based Origin OS 1.0 update.

The update arrives with the new version of PD2025B_A_6.10.1 and also brings a completely revamped UI experience with a ton of new features.

Looking at the speed with which IQOO is seeding the Origin OS update, it shouldn’t take much longer to push the same for other devices as well.

This also hints at an imminent release as a good number of devices are already in the public beta recruitment phase and are eagerly waiting for the stable Android 11 update.

IQOO is picking up pace in rolling out Android 11-based Origin OS to its devices and we will get to see more devices receiving the stable Android 11 update over the next few months.

However, this transition stays only within the Chinese borders as the company, in a statement, made it clear that it isn’t aiming to push Origin OS globally, at least not in their immediate plans.

To keep track of the latest developments, we have compiled a dedicated Origin OS update tracker as well.

Many thanks for the tip, Grigory Kaganov! 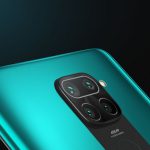 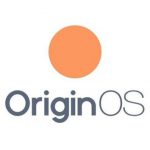