Vivo caused quite the stir when it announced its Android 11 plans and a new custom skin, OriginOS. This was confusing, to say the least, as the company has always had Funtouch OS, its custom Android skin.

Things got even more confusing when the company released its Funtouch OS 11 roadmap, its Android 11-based custom skin.

Now, the company was seemingly working on two different custom Android 11 skins for its devices, OriginOS and Funtouch OS 11. This was followed by recruitment programs and beta build after beta build of these two custom skins rolling out to various devices.

As the test builds started trickling in, it began to get clear that OriginOS was aimed at the company’s home market of China while the rest of the world would make do with Funtouch OS 11.

Well, today it is official. Vivo is targeting OriginOS to its home market while Funtouch OS 11 will be the company’s firmware for devices in the rest of the world.

“We would like to inform you that the Origin OS system belongs to vivo and has been launched in China. As of now, there is no plan to extend it to other countries.”

Vivo is not the only company to do this. OnePlus, perhaps one of the most enthusiast brands we have today, has been doing this for years.
OnePlus pushes out OxygenOS to its global devices while the China variants ship with HydrogenOS.

Vivo’s explanation also adds that the company has no immediate plans to extend OriginOS to other countries outside China. Does this mean that this could change in the future? We don’t know.

Seeing just how feature-packed OriginOS is over FuntouchOS 11, global users might feel a tad left out. It’ll be interesting to see how the company addresses this concern.

We continue to closely follow the development of these two firmwares and their rollout to eligible devices and you might want to check out our dedicated trackers here and here respectively. 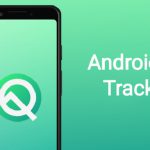 Apple iPad Air 4 battery drain issues reported by a bunch of users, & we have some workarounds