The update to iOS 14 has been around for months now. In fact, the current iteration is version 14.5, although still in beta testing phase.

Plenty has been said about the new OS, be it the new features it has introduced for iPhone users or even the annoying bugs doing rounds on the interweb.

PiunikaWeb has been keeping an eye on the most daunting bugs and related issues iPhone users are having to deal with ever since switching to iOS 14 and we have details on that here.

Through the multiple iterations, Apple has had the chance to not only introduce new features for iPhone users, but also address some annoying bugs the OS tagged along.

For instance, issues such as typing lag/delay in the Notes and Messages apps, no members in contacts group, Netflix playback error, and several others have already been fixed.

Ahead of the stable iOS 14.5 rollout, Cupertino might have to spare some time to revisit yet another annoying issue that has been around for quite some time now.

I am trying to finish setting up my Google nest mini. Once I get to the WIFI connection step, it says I’m connected but I then get an error saying “something went wrong, speaker may be set up but we are not able to communicate with your iPhone. Make sure you have enabled local network access in your phones privacy settings then try again “ I have clicked on the blue link to go to my settings, but I do not see where anything needs to be changed.
Source

Trying to connect speaker to WiFi, keep getting “something went wrong, enable local network access” which I have and still the same issue
Source

As seen from the reports above, iPhone users have been experiencing an issue where the Google Nest Mini won’t connect to their Wi-Fi network, instead throwing an error message in the iOS Home app as seen below.

From the reports, it looks like the issue started showing up after iOS 14.2 update and persisted through iOS 14.3 and even the current stable version — iOS 14.4.

And according to a Google community specialist, the annoying Google Nest local network access issue is as a result of changes in local network settings in iOS 14.

Thanks for posting, and apologies for the delayed response. We appreciate everyone for updating this thread specially GothamNY for helping. This has something to with the local network settings on the iOS device. Local Network Privacy was introduced in iOS 14 (and later) to provide added transparency when apps connect to devices on a home network by requesting permission to access the local Wi-Fi network. All Chromecast-enabled apps need to be able to discover Cast-enabled devices (Examples: Google Nest or Home speakers and displays, Chromecasts, and Android TVs) for you to connect and start casting.

On the brighter side, the continued delay in fixing it meant that affected users resolved to finding workarounds to this issue — and we have gathered a few that have worked for several users.

1. Check Google support: The first thing you want to do is check out this official troubleshooting guide from Google and see if your issue gets resolved.

3. Other options involve doing a factory reset of the Google Nest, re-install the Home app on your iPhone or iPad and remember to give the app access to Bluetooth, Local Area Network, and Location Services.

Neither Apple nor Google has yet to acknowledge the Google Nest local network access issue after iOS 14 update, but we hope the issue gets addressed once and for all.

We will keep an eye on the developments and let you know if and when we have news on the same. Stay tuned to PiunikaWeb. 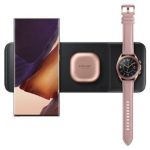 Has Samsung One UI 3.1 update taken away Fast Wireless Charging feature for users with third-party chargers? 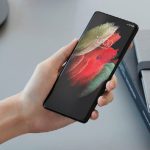