The Xiaomi Redmi K20 was launched back in May 2019 as a slimmed-down version of its more pricey ‘Pro’ sibling. But this did not mean that the former had any shortcoming as it was, and still is, a pretty capable mid-ranger.

With its eye-wateringly unique design, HDR-supporting display, and a sufficiently powerful Snapdragon 730 processor, all at a pretty reasonable price, the device made it pretty clear that it’s no slouch.

The device came with Android Pie out of the box and has since been updated to Android 10. But as many may already be aware, Xiaomi treats its mid-range devices to two Android version updates which automatically made the K20 Android 11-eligible.

Funnily, the Redmi K20 Pro is yet to get a taste of a stable Android 11 build even after being a flagship-level offering. A cherry on top for the competitive ones out there.

Anyway, the download link for the Redmi K20 Android 11 update has been given below along with its changelog:

As clear from above, the update is still based on MIUI 12 which is understandable considering that MIUI 12.5 stable hasn’t hit any device till now. If you are interested in its status, then be sure to check out our tracker for the same.

The update also bumps up the security patch level to February and the complete package weighs around 2.4 GB in size. Keep in mind though that it is currently in its stable beta phase and hence will only be made available to select users for now.

But following a short testing period, if all goes well, then the same build will be rolled out widely to others in China. Moreover, the update points towards an imminent global release now that the Chinese variant has bagged it.

The device is sold as the Mi 9T in most regions while it’s referred to as the Redmi K20 in India and China.

For now, be sure to keep an eye on our dedicated Xiaomi Android 11 update tracker so that you don’t miss out on any new developments.

11:58 pm (IST): The Xiaomi Redmi K20 aka Mi 9T has now received the Android 11 update as a Global Pilot build. The download link has been given below:

01:27 pm (IST): The Xiaomi Redmi K20 has now received the Android 11 update in India as a Pilot build. The download link has been given below: 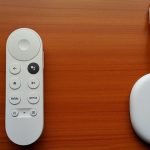