Ever since a stable beta Android 11 update was rolled out to select Redmi Note 9S users by Xiaomi, the ones that were left out have been waiting eagerly for the same.

However, it’s been a month since the initial release and there is still no sign of a global rollout. For the uninitiated, beta stable builds are a precursor to an imminent wide stable release.

The time period between a beta stable and a stable is usually just a couple of weeks tops though and this frame has expired already. Thus, anxious users have now taken to the forums inquiring about the whereabouts of the long-overdue update.

Its about to be a month when it was anounced that Beta stable of Android 11 has been released to limited users. And users were saying that update had so many bugs that I think it was rolled back. Please other Note series devices are also receiving new updates , So when will Note 9S global will receive android 11?
Source

Nonetheless, it is worth mentioning here that the Indian variant of the Redmi Note 9S, which goes by the name of Redmi Note 9 Pro, has already been treated to a wide Android 11 update rollout.

Therefore, it is a bit odd that the same update has been halted for the global Redmi Note 9S.

But it could be possible that the build is giving Indian users a hard time, which has prompted Xiaomi to take up efforts to develop and release a further optimized version for global users in the future.

Now as many may already be aware, software development was halted for around two weeks due to the Chinese holidays which has further contributed to the delay.

All this is further solidified by a recent comment left by a forum mod:

Thus, for now, your best bet would be to simply wait for a stable release. You can also of course try to manually install the halted update on your device, but that isn’t really recommended.

Be sure to also keep an eye on our Redmi Note 9 series Android 11 update tracker so that you don’t miss out on anything.

04:38 pm (IST): The Android 11 update is now finally being rolled out for the non-pilot testers of the Redmi Note 9S. For more details, head here.

⚠️Update : This build is now rolling out for non-Mi Pilot users too, in limited numbers. This is still in the Beta Stable stage, so if you haven’t received the update yet, kindly wait. Read the FAQ above for more information.

12:38 pm (IST): The Android 11 update for the Xiaomi Redmi Note 9S in now rolling out in Europe as a Pilot release: 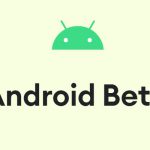