The Samsung Galaxy Tab S7 variants were the first devices from Samsung to get the One UI 3.1 update which started rolling out last month.

Not long after, the South Korean smartphone vendor began seeding the new skin over Android 11 to the Samsung Galaxy S20 FE, however, it was pulled due to unconfirmed reasons and re-released roughly a week later. Samsung even confirmed that it will be rolling out its new skin to a bunch of smartphones including the Galaxy S20 series, Note 20 series, S10 series, and more starting from February 17.

Sticking to its words, the update did indeed begin rolling out to Galaxy S20 units, Galaxy Z Flip units, and a few other phones in the following days.

Cut to now, Verizon Samsung Galaxy S20 series users have also started getting the new One UI 3.1 skin over Android 11 in the U.S. The carrier has confirmed the same on its website which indicates that the update is rolling out with the build number DUB8 for the Samsung Galaxy S20 5G, Galaxy S20+ 5G, and Galaxy S20 Ultra 5G.

Further, it bears the build number DUB8 for the Samsung Galaxy S20 FE (Fan Edition). The One UI 3.1 skin brings a few new camera features to the table as well as other useful improvements and additions.

– Now you can customize what shots to capture when using Single Take feature.

– Keep your eyes comfortable by limiting blue light and using warmer colors. Automatically adjust your screen’s colors based on the time of day.

– For the serious gamers, you can use Priority mode in Game Booster to block incoming calls and notifications. It will also optimize your network connection and processor power for your games.

– Extend your Galaxy phone to your desktop PC using Wireless DeX. Simply download the DeX app on your PC and connect to the same Wi-Fi network to start DeX.

– When logged into Samsung account, quickly switch your Galaxy Buds to nearby devices without disconnecting your earbuds or turning on pairing mode.

As you can see, One UI 3.1 brings a good number of features to the devices. Additionally, the new software update also enables Advanced Messaging (RCS) on the Samsung Galaxy S20, S20+, and S20 Ultra as well.

If you haven’t yet received the One UI 3.1 update on your Samsung Galaxy S20 or S20 FE model from Verizon, don’t fret, it should be available in the next few hours or even a couple of days later.

Meanwhile, stay tuned to our dedicated tracker to know when the One UI 3.1 update goes live for any other device.

You can also head here to see whether or not your existing Samsung phone is eligible for the One UI 4.0 update that could be released later this year on top of Android 12.

11:05 am (IST): Verizon Samsung Galaxy Z Fold2 users should also be getting the update to One UI 3.1 as the carrier has listed the update rolling out with the build number DUB7. 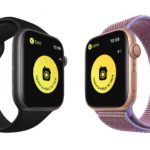