While the new update brings support for Android 10 gestures with third-party launchers, there are a lot of other improvements as well. One such interesting feature is Samsung DeX which allows users to use their device as a desktop.

DeX is short for Desktop eXperience and with this feature, users can connect a mouse, keyboard, and monitor with their device to get the complete desktop-like experience. However, there is a catch to this.

Samsung has recently updated the One UI 2.5 newsroom page with some information about the new Samsung DeX wireless feature on the Galaxy S20. Users can now use this feature on their Galaxy S20 and connect it to a smart TV wirelessly which will further enhance the multitasking experience.

However, in the footnotes of the One UI 2.5 update page, the OEM has mentioned that the feature will only work with smart TVs with phone screen mirroring support. Also, Samsung has recommended the Samsung Smart TVs that came in 2019 or later for a better experience.

Samsung DeX wireless connection is available on smart TVs that support Phone Screen mirroring only. For the optimal experience, use the feature with Samsung Smart TVs launched 2019 or later.

This means that users will only be able to properly exploit the Samsung DeX wireless feature if they have the high-end smart TVs with phone screen mirroring support. It must be noted that the Samsung DeX feature also came as a part of Samsung’s high-end devices like the Galaxy S8 series.

Nevertheless, the new wireless capability is indeed a major improvement to Samsung DeX as far as user experience and functionality is concerned. Hopefully, the OEM adds the Samsung DeX wireless feature in other One UI 2.5 eligible Samsung devices too.

Meanwhile, you can check out whether your Samsung device will receive the One UI 2.5 update or not by heading here.

While it looked like One UI 2.5 update brought support for Samsung DeX Wireless to more Galaxy devices, XDA now reports that One UI 3.1 update is expanding Wireless DeX on PC to more devices. 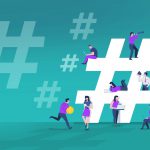