The Realme C12 and the Realme C15 are in line to receive the update to Realme UI 2.0 which is the company’s latest skin that’s based on Android 11.

Matter of fact, the Realme UI 2.0 Early Access program recently went live for the two devices and a limited number of users who registered for the program have received the update.

The company’s new skin over Android 11 brings a ton of new features and improvements including several UI customization options which is why many Realme fans are waiting to get their hands on the update.

While the company is yet to divulge any details regarding the availability of the stable update, it has started rolling out the February update for the two devices as well as the Realme C11.

Apart from that, it fixes a bug that prevented the devices from connecting to Wi-Fi and also addresses the network issues which resulted in the network becoming unusable and the clock not being able to sync with the network time. A couple of system optimizations also tag along.

The changelog for the February update is identical for the Realme C11, Realme C12, and Realme C15. Check it out below:

This is a phased rollout and thus it may not be available for you to download yet. Further, if for some reason you wish to install the update afresh, the company will be posting the manual download links on its site soon.

Of course, the Realme C11 is the only device from the trio that won’t be getting the update to Realme UI 2.0. This means Realme C11 users will have to look forward to minor system updates like this in the future.

As for the Realme C12 and C15, the company may announce the Realme UI 2.0 Open Beta program soon, after which the stable update will go live.

At present, Realme has only released the Realme UI 2.0 update based on Android 11 for the Realme X50 Pro and X50 Pro Player Edition in stable form.

Having said that, be sure to check out our dedicated tracker to know the status of the Realme UI 2.0 update for your device.

You can also keep track of the Android 11 rollout from all major OEMs and carriers around the world by heading here. 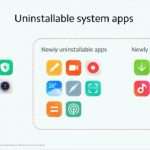