The Redmi Note 8 was unveiled back in 2019 and came with MIUI 11 based on Android Pie out-of-the-box. Currently, the device runs Android 10 layered MIUI 12.

And ever since the release of Android 11 back in September, Xiaomi users have long been anticipating the update for their respective devices.

The earliest releases of Android 11 were of course for the latest flagship devices, followed by the mid-rangers. But now, it is finally the turn for the budget range.

The Chinese variant of the Redmi Note 8 is now beginning to receive the Android 11 update. Of course, it is still based on MIUI 12 since a stable MIUI 12.5 update is yet to be rolled out for any Xiaomi device.

The update carries a size of around 2.7 GB and isn’t exactly based on the latest iteration of MIUI 12 which is evident from its version number of 12.0.1.0.

This comes even as several other Xiaomi phones have already received stable updates based on MIUI 12.1. Nonetheless, this minor shortcoming is overshadowed by the fact that Xiaomi has provided two Android upgrades to the Redmi Note 8 despite it being a budget device.

It is worth mentioning here that not every device gets a similar treatment. For example, the Redmi Note 8 series’ predecessors — Redmi Note 7/7Pro — were also shipped with Android Pie, just like the former, but have neared the end of their update support whilst still stuck on Android 10.

Obviously, the update process for Xiaomi phones doesn’t really end with Android versions as they continue to receive MIUI updates. But that’s another story.

Nonetheless, the download link for the Redmi Note 8 Android 11 update has been given below:

Do note that the above is a beta stable update and will only be rolled out for select users only for now. But following a short testing period to ensure that all is proper, the same will be released for all users.

Moreover, the update may only be for the Chinese variant but it does signal an imminent global rollout. Thus, sit tight and wait, global users, for you are about to get a taste of Android 11 soon!

For now, be sure to keep an eye on our dedicated MIUI 12.5 update tracker.

IST 06:35 pm: As per a recent report from the Xiaomiui Telegram channel, members of the Mi Pilot program can now grab the Android 11 (MIUI 12) update for the global Redmi Note 8 variant. Here’s the update changelog followed by the download link: 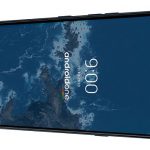 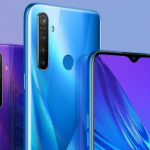